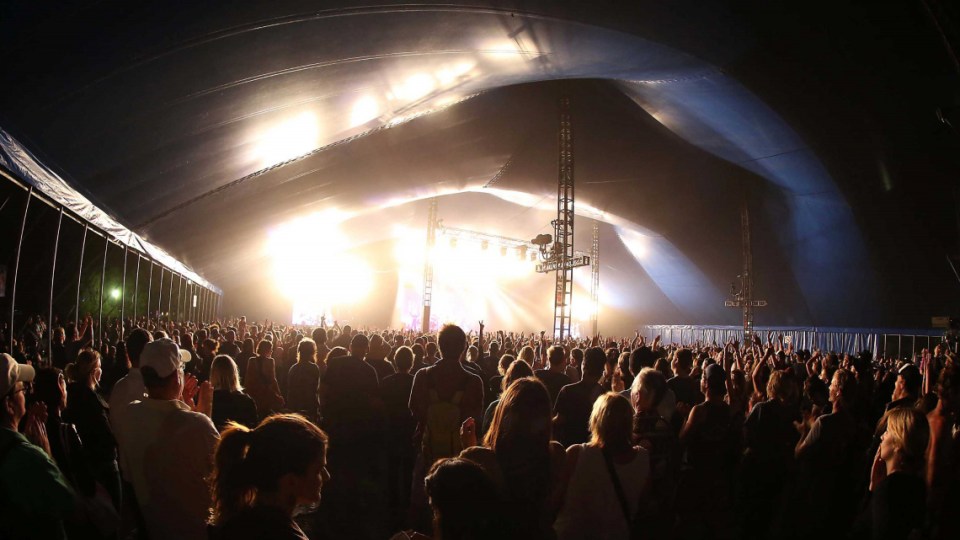 After being called off just a day before it was due to begin, Byron Bay’s Bluesfest is now set to go ahead on the long weekend in early October.

The New South Wales government pulled the plug on the event on April 1, amid renewed concerns about COVID-19.

A now notorious Byron Bay hen’s party, involving women from Brisbane who did not realise they were infected, led to a single case of community transmission in the Byron area.

“We had to get off our back and onto our knees, then learn to crawl and walk again,” festival promoter Peter Noble said of the cancellation.

“That was one of the most traumatic things that ever happened to any cultural event in the history of Australia.”

It was the second year in a row the award-winning event was called off at short notice due to coronavirus concerns.

Mr Noble said bouncing back from the considerable setbacks was “about perseverance and belief”.

“I believe in the Australian music industry — I believe we have a right to come back to work,” he said.

“We have been, along with the tourism industry, the most affected of all industries.

The news was welcomed by Byron-based musician Ash Grunwald, who was on the original bill and will play at the rescheduled festival.

He said the live music industry had been hit hard by the pandemic.

“It’s funny because if I was a sports star I’d know that I would be able to do my thing, but as a musician it seems we get shut down quicker,” Mr Grunwald said.

“They did take measures to be compliant and have seating and no dancing, so it was pretty disappointing.”

Bluesfest 2021 will now shrink to a four-day event, but organisers also promise more Australian artists will be added to the new line-up, which will be announced next Wednesday.

Ticket holders can transfer their passes for the new event or obtain a refund.

Byron Bay Bluesfest back on in October after two COVID cancellations