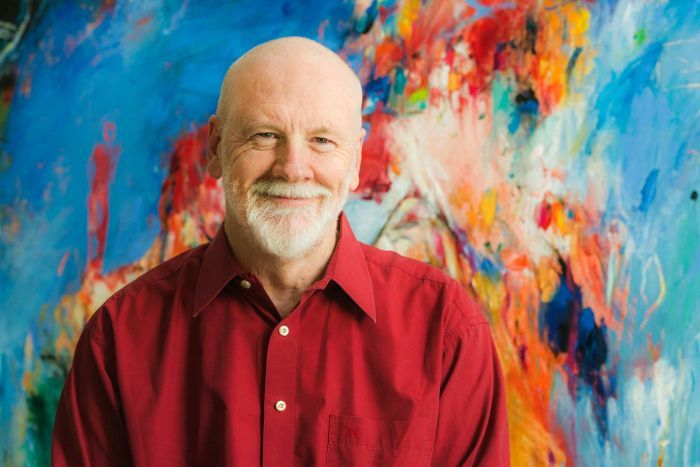 Brett Dean had been due to appear at the Adelaide Festival. Photo: ABC

Renowned Australian composer Brett Dean has been diagnosed with coronavirus and is beingtreated in Adelaide, his agents have confirmed.

The 58-year-old was due to lead the Adelaide Symphony Orchestra in a concert at the Adelaide Festival on Saturday night.

Dean had withdrawn from that event because of a suspected case of pneumonia.

However, the Brisbane-born musician was one of two people in South Australia diagnosed on Thursday with coronavirus – the other being an eight-month-old boy.

“Brett’s doing well, I spoke to him earlier this morning and he’s in good spirits – although, because he’s been in touch with his agents overnight, I think he had a pretty sleepless night one way or another,” Adelaide Festival executive director Rob Brookman told ABC Radio.

“He was presenting with pretty severe symptoms, similar to pneumonia.

“He spent two nights before he went into hospital, but he was feeling unwell so he never made it into rehearsal with the symphony orchestra, so he’s not been in touch with the orchestra.

“He’s only actually seen a tiny number of people and, indeed, the three relevant people have placed themselves into self-quarantine.”

SA Health on Thursday said there had been a total of seven cases of coronavirus in South Australia.

That includes Dean, who arrived in Adelaide from Taiwan, travelling via Brisbane, on Tuesday.

Dean’s agents, London-based Intermusica, earlier confirmed he had “been diagnosed with COVID-19” on Thursday.

“Brett is currently receiving treatment in hospital in Adelaide,” Intermusica said in a statement.

“Intermusica, along with Brett’s publishers Boosey and Hawkes, have taken the necessary steps to inform all those who have worked with Brett in the last 14 days, further to NHS advice and SA Health.

“Our thoughts are with Brett at this difficult time and we wish him well in his recovery.”

Dean is a respected conductor and viola player who is composer in residence at the Orchestre National de Lyon and the Dresden Philharmonic, and artist in residence with the Swedish Chamber Orchestra.

He also recently became the London Philharmonic Orchestra’s composer in residence, and was a member of the Berlin Philharmonic for 14 years.

Dean is internationally recognised as one of Australia’s best contemporary composers and has worked alongside pop musicians such as The Whitlams.

His music has been recorded and released by labels including ABC Classics.

Dean had been due to appear alongside his friend, Cambridge history professor Sir Christopher Clark – who is in Adelaide for Writers’ Week – at Saturday’s concert featuring the music of Beethoven.

“We were very fortunate that we were able to get Richard Mills, who’s one of the country’s best conductors, to step in at short notice,” Mr Brookman said.

He said ticket sales did not appear to have been affected by concerns over coronavirus.

“We had a couple of people withdraw from Writers’ Week saying that they just felt uncomfortable about travelling at this time,” he said.

Dean is not the only high-profile withdrawal from Adelaide’s current festival season.