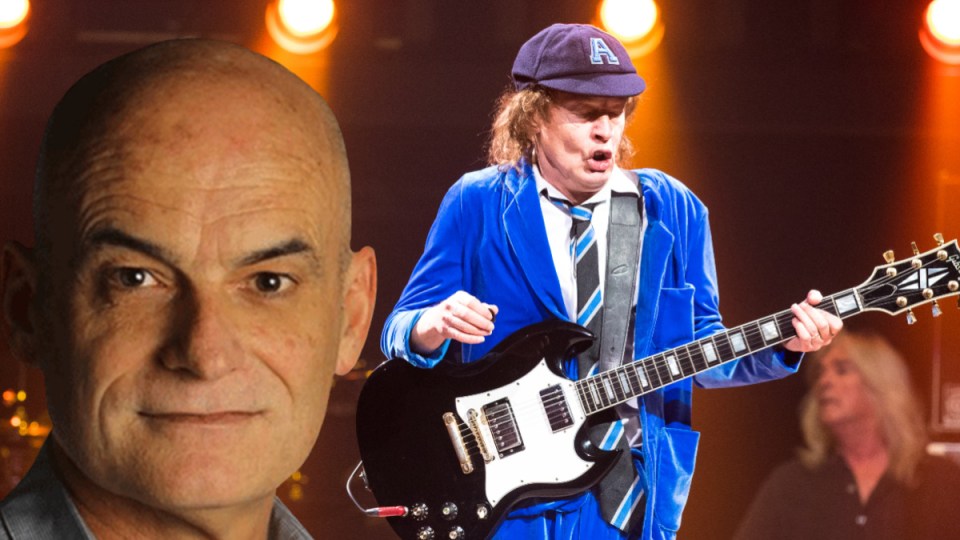 Look, it's Angus not-so-Young: Garry Linnell thinks it’s time for some rockers to hang up their guitars. Photo: TND/Getty

They told us they hoped to die before they got old.

They said it was better to die on your feet than live on your knees.

They swore that only the good die young.

Damn liars, all of them. It was only the music that died.

Welcome to 2020 – the year we can safely declare rock music well and truly dead.

If you don’t believe it, take a quick glance at just a small sample of ageing rock acts touring the globe this year:

Oops, almost forgot. Lynyrd Skynyrd are also on the road. And you thought they were effectively wiped out when three of their members were killed in a plane crash in the 1970s?

The lure of cashing in on the Great Baby Boomer Nostalgia Trip is so powerful it can even raise the dead.

Lucrative business, this, taking us back to a time when fashionable young men and women sported mullets.

A time when we all wore corduroy pants that made annoying whiffling sounds with each step –and when everyone carried a 20 cent piece so they could call their girlfriend or boyfriend from the public phone box outside the fish and chip shop.

We’re all vulnerable when it comes to a sentimental longing and wistful affection for an era long gone.

Who doesn’t want to experience once more the tingle that came with a first touch or the breathlessness that followed that first kiss?

It’s why so many of these ancient and arthritic performers have decided to go back on the road.

They offer nothing new.

Just the same old tunes with slightly scratchier voices and with fewer lyrics because their memories are not what they used to be.

But they figured out a while ago exactly what we all want.

In exchange for obscene amounts of our cash, they will play the soundtrack of our lives. For a few brief hours we can fool ourselves into thinking we are 40 years younger.

Well, no more. I can’t bring myself to do it again.

I’ve shelled out way too much money over the years.

I’ve dragged the kids along to see AC/DC and Kiss so they could have a taste of my teenage years.

I’ve haunted pubs and dingy RSL clubs to catch The Angels and Mi-Sex.

In turn I’ve been dragged reluctantly along to see Madonna, Elton John and a raft of other big acts from the 1970s and ’80s.

And after every show I’ve been left feeling underwhelmed.

It’s like, decades later, accidentally bumping into your first real teenage crush. You walk away wondering what all the fuss was about.

The problem with this epidemic of nostalgic rock concerts – apart from outrageous ticket prices – is that they are no longer genuine performances. They’re pantomimes.

And even when a little excitement starts to build, it’s quickly extinguished.

Try pumping a clenched fist in the air, only to find the lead guitarist in his mid-70s has had to leave the stage for the third time because of his enlarged prostate.

Rock was all about rebellion and defiance, not ghosts of the past going through the motions to boost their superannuation accounts.

Which is why we can now issue the official death certificate for the rock and roll industry.

The staggering number of old acts touring the world proves it has nothing new to offer.

Look at the current music charts – there is barely a genuine rock song to be found, much less a song accompanied by a guitar.

Rock is experiencing exactly what happened to jazz back in the early 1960s. It has lost its relevance, rebellious streak and originality.

The world that gave birth to it has grown up and moved on.

He told people still clinging to the past to get over it and look for something new to enjoy.

Jazz, he said, “is haunted by its own hungry ghosts”.

Now it’s rock’s turn. It had a great life and it lasted a lot longer than its critics in the early 1950s suggested it would.

Now that might be a hard thing to accept for those of us who have loved it so much and relied on it to accompany the key moments in our lives.

Still, let’s not fool ourselves.

The stadiums might be filled to capacity and they might be thumping to the sound of guitars and drums. But it’s not rock music.

It’s just a bunch of hungry ghosts backed by a swelling chorus of cash registers.

They are, truly, the grateful dead.

Garry Linnell: It’s a long way to the top, now these rockers are way over the hill