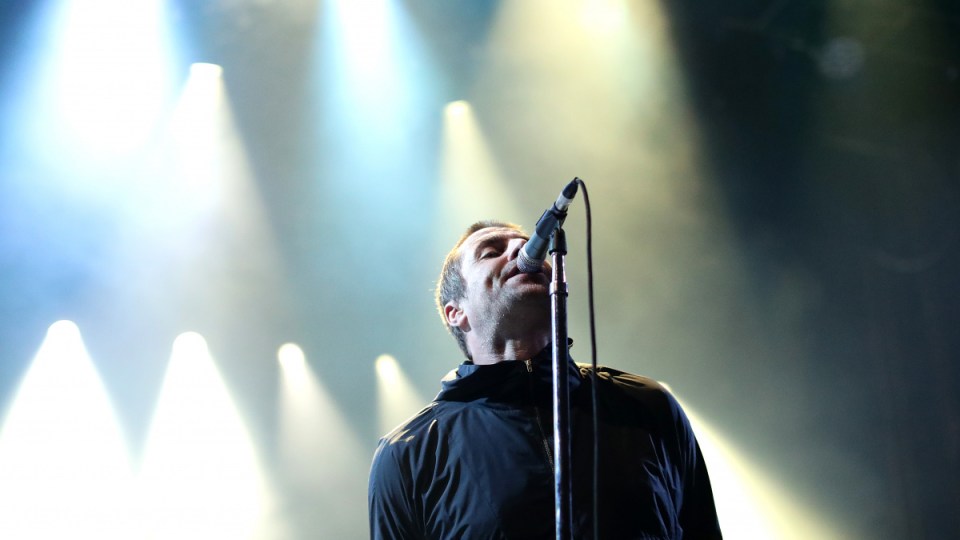 Liam Gallagher appeared shocked when the sound was suddenly cut off. Photo; Getty

Former Oasis frontman Liam Gallagher’s Melbourne concert was abruptly ended mid-song, prompting booing from fans, because continuing past the venue’s curfew would have attracted a $250,000 fine, his promoter says.

The British singer played the 7500-capacity Margaret Court Arena on Wednesday night as part of his Why Me? Why Not tour.

The musician was playing the Oasis hit Supersonic, as part of an encore, when the speakers suddenly went quiet about 11pm.

“It just went from full [volume] to nothing in the space of 10 seconds,” 16-year-old Thomas Schofield, who was in the audience, told the ABC.

It shows Gallagher looking confused and throwing his hands in the air, as the audience tries to continue singing the song.

“He tried to say goodbye into the mic, but because it had been cut off, he couldn’t, so everyone started booing,” Thomas said.

Thomas said Gallagher had mentioned earlier in the show that there was a curfew, but had also joked: “There’s no curfews for rock’n’roll”.

“He would have finished at probably 11.10, 11.15,” Thomas said, noting the singer usually does two encores.

“I don’t think he realised that as soon as it ticked over to 11 that’s it.”

Singer calls the shutdown ‘a load of wank’

After the set, the singer said on Twitter that getting cut off was “a load of wank” and branded it a “f—ing piss take”.

“Who ever made that rule needs to stop smoking SPICE,” he added. He also expressed shock at the size of the possible fine.

But both Melbourne & Olympic Parks (M&OP), which manages Margaret Court Arena, and Secret Sounds, the tour promoter, said it was not the venue but Gallagher’s management team that made the decision to pull the plug at 11pm.

“As Liam said, there is a $250,000 fine for breaking curfew at Margaret Court Arena,” Secret Sounds said.

“Although his ‘tunes are biblical’ … and [he is] a god-like genius icon, curfew is curfew, so the last song of his set was cut short by his team, who wanted to respect those rules and the surrounding residents.”

The venue, which has apologised for the way the show ended and for the impact on fans, has an 11pm curfew to meet noise pollution requirements of the Environment Protection Authority.

There had been discussions between the venue and the tour promoter earlier on Wednesday about what to do if the show ran past that time – one option was to lower the volume – but no firm plan had been set, the M&OP spokesperson said.

Melbourne is internationally renowned for its commitment to live music, though there have been concerns in the past about the related impacts of gentrification and noise complaints.

Georgie Potter, 23, said the show did start on time, but that Gallagher had made mention of them being “on a schedule”.

“Before Supersonic started playing, he said ‘apparently they are telling us to wind it up’,” she told the ABC.

He then asked if they wanted to hear that song or Champagne Supernova, another Oasis hit, and the crowd chose the former.

“I get it, it’s a Wednesday night, but people have paid money to come out and see Liam Gallagher,” Ms Potter said.

“To wind it up at 11, with a couple more songs to go, it was disappointing.”