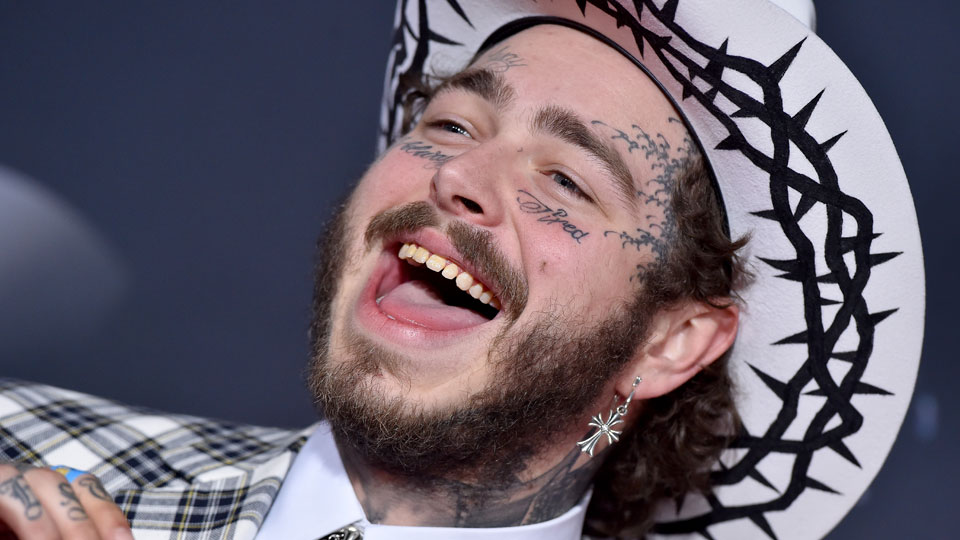 He should be happy: Post Malone at the American Music Awards on November 24 in Los Angeles. Photo: Getty

This year, among the things I downloaded were Boz Scaggs’ 1976 album Silk Degrees, a stack of Neil Diamond for my parents’ 60th wedding anniversary party, a smattering of The Cardigans and Sister Hazel’s All For You.

According to Spotify’s most downloaded lists for 2019, I’m out of touch.

Turns out most people across the globe were listening to a 24-year-old American rapper and songwriter, a 17-year-old whose second middle name (legit) is Pirate and a former Nickelodeon star.

Oh, and on home turf the most repeated song to come out of the southern hemisphere, was ARIA award winner Tones And I with Dance Monkey.

According to Spotify’s Wrapped list – a data-driven deep dive into the artists and music that defined the year and decade – Post Malone is the where you want to be.

The singer, who blends his laconic vocals with a mix of rap, pop and rock, clocked up 6.5 million global streams, making him the No.1 artist for 2019 on the platform.

It’s Post Malone’s first time at the apex, and the honour came just three months after his album Hollywood’s Bleeding (the second most streamed album this year) dropped.

But wait, there’s more: His collaboration with Swae Lee on Spider-Man: Into the Spiderverse’s song Sunflower was the third most streamed song of the year.

That gives Post a podium finish in Spotify’s three main categories of artists, songs and albums.

Then there’s teenager Billie Eilish, the second most streamed artist of 2019 on the platform.

Her album When We All Fall Asleep, Where Do We Go? was streamed more than six billion times.

It clinched the top streamed release of 2019.

Eilish is “the first female artist to have her album top the Wrapped most streamed album category,” noted Spotify.

“Her dark staccato hit Bad Guy also ranks as the second-most-streamed song of the year.”

Rounding out the top three is Ariana Grande, 26, thanks to her mega hit album Thank U, Next, released in February.

Ariana was also the most-streamed female artist of the decade on Spotify.

To uncover the top songs, podcasts and a rocking comeback from Queen – Bohemian Rhapsody was the top streamed song not released in the past decade – Spotify “dove into the newcomers, showstoppers, and top performers who united the globe with music and podcasts this year,” it said.

Apart from our preferences for playlists – feelgood, followed by lit and relaxed – here’s the biggest takeaways. Remember, it’s just one streaming platform.

When We All Fall Asleep, Where Do We Go?: Billie Eilish
Hollywood’s Bleeding: Post Malone
Thank u, next: Ariana Grande
No.6 Collaborations Project: Ed Sheeran
Shawn Mendes: Shawn Mendes

Most Streamed Artists of the Decade

Most Streamed Female Artists of the Decade

Most Streamed Male Artists of the Decade

Most Streamed Tracks of the Decade

I know, right. No Keith Urban.

Hey Spotify, you sure these lists are right?

The most streamed songs, artists and playlists of 2019 and the decade