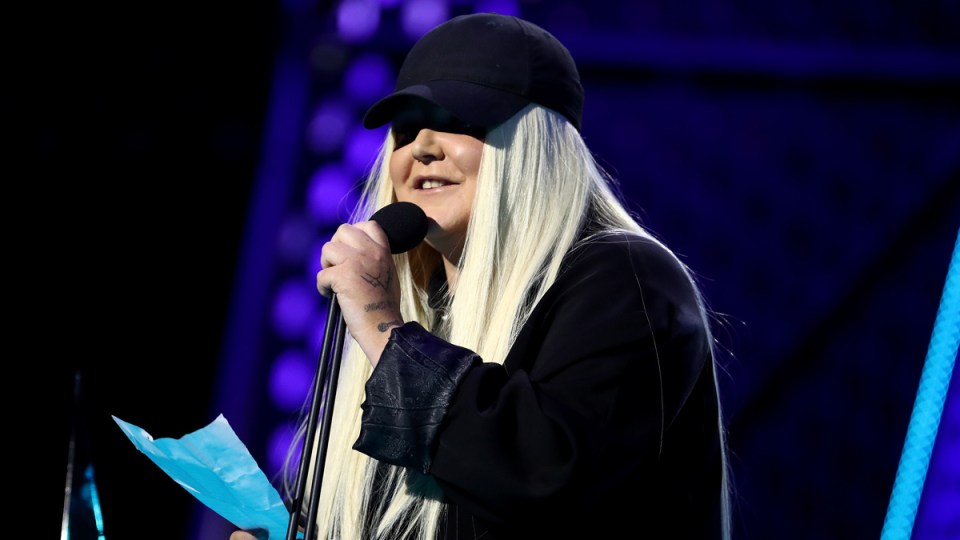 Tones and I accepts the ARIA for Best Female Artist in Sydney on Wednesday. Photo: AAP

A year after watching the ARIA awards from her van in Byron Bay, Tones and I is now the name on everyone’s lips, with the singer winning multiple awards.

Fresh from opening Australian music’s night of nights donning a purple beard and a puffer jacket, the singer made an emotional acceptance speech saying she didn’t always feel like the most relatable female artist.

“I’m not into make-up or dresses or typically girly things, but to me these things don’t really define what it is to be a female artist in this industry,” she said.

“It’s being brave and courageous and true to yourself.”

The 26-year-old said nothing could have ever prepared her for the judgment of the whole world and the comparisons to other artists that come with being in the spotlight.

“But what’s most important is that you have to be a good person and care about others and carry yourself well,” she said.

The son of the late Steve Irwin was joined on stage by Sophie Monk, who said she felt like the “bogan Britney Spears” with the snake draped around her.

Host Guy Sebastian kicked off the night poking fun at guests in the audience – making a memorable reference to The Veronicas recent ousting from a Qantas flight over their baggage, by begging people not to touch the pop duo’s bags.

It wasn’t the only controversy of the night, with a shocking comment from the recipients of the very first award.

Huge congrats  to this bloke for being recognised with the ARIA Icon Award tonight… and for everything you’ve done for me #NationalTreasure #ARIAs #Legend #Chuggi pic.twitter.com/iFPhFjGwWO

Jaws dropped as Aussie hip-hop group Hilltop Hoods accepted the gong for Best Live Act, with member Suffa making a shocking comment that drew a collective gasp from the audience as he finished his speech.

“And Jeffrey Epstein didn’t kill himself,” he said.

The comment was eclipsed by Triple J’s Veronica and Lewis, who announced Paul Kelly had won best independent release, an award the veteran Aussie songwriter wasn’t nominated for.

“It’s Moonlight,” Lewis joked referencing the infamous Oscars moment La La Land was mistakenly read in place for best picture, before quickly re-announcing Tones and I as the victor.

Human Nature was inducted into the ARIA Hall Of Fame after 30 years crooning to audiences in Australia and most recently Las Vegas.

The group said it was a moment in history for the ARIAs as the first time a boy band had ever been inducted.

“For the longest time we refused to be known as a boy band, so maybe that kept us together but now we’re happy with it,” Human Nature’s Andrew Tierney said..

“It’s actually 30 years tonight that I asked these three guys to sing with me, which for schoolboys in the late ’80s was pretty radical.”