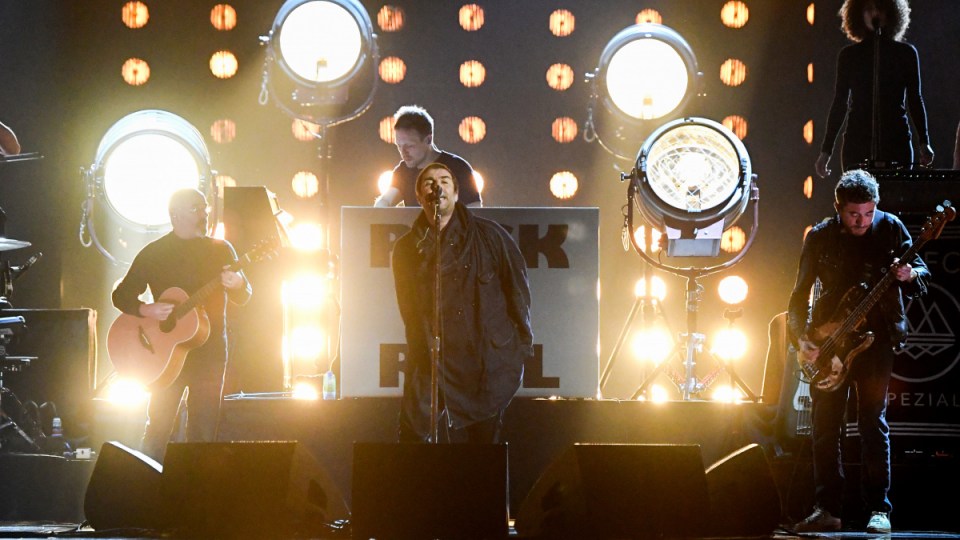 Liam Gallagher has been honoured as a Rock Icon at the MTV Europe Music Awards. Photo: Getty

Liam Gallagher closed the show in Seville with his new single Once and a singalong rendition of Oasis anthem Wonderwall, complete with string instruments and band.

“I want to thank MTV for recognising my brilliance,” Gallagher said when receiving the award.

An epic close to the 2019 #MTVEMA. Watch our Rock Icon @liamgallagher performing ‘Once’ and ‘Wonderwall’ 👇👇👇https://t.co/TYk1COvvXk

Taylor Swift won “Best US Act” and “Best Video” and Eilish was awarded “Best Song” and “Best New” in a show that celebrated “Year of the Woman” with performances from acts including Dua Lipa, Halsey and Rosalia.

Some of the biggest screams on the red carpet were for a surprise guest, footballer Cristiano Ronaldo, who arrived with his girlfriend Georgina Rodriguez.

Other notable performances included Halsey, who won “Best Pop”, lighting up the stage for an intimate performance of “Graveyard” during which she set fire to a carousel horse.

Local girl and international sensation Rosalia gave a powerful performance of Di Mi Nombre backed by 52 dancers against a pyramid of red chairs. She won “Best Collaboration” along with J Balvin for their hit Con Altura ft. El Guincho.