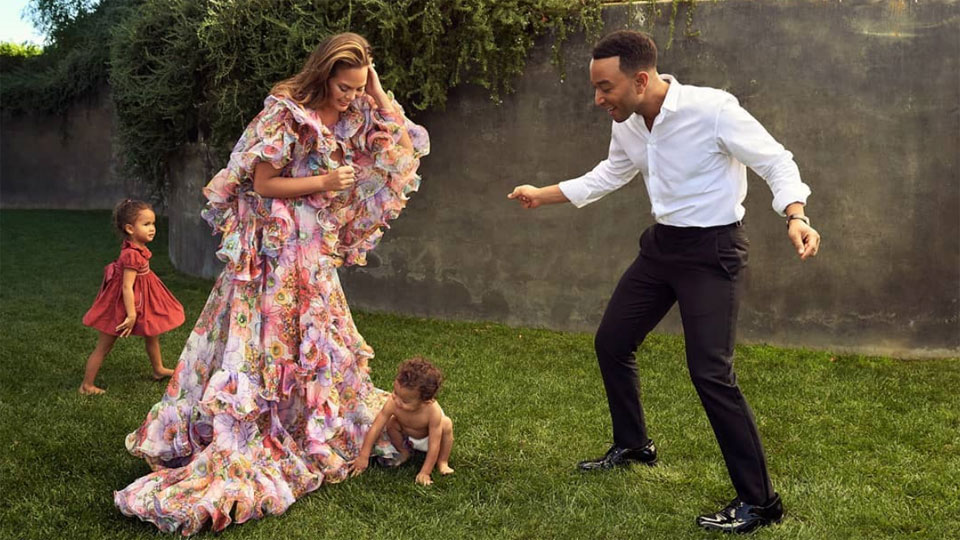 John Legend and Kelly Clarkson want to make sure Christmas is the most inoffensive time of the year.

The pair – both judges on the US version of The Voice – has recorded a version of Baby It’s Cold Outside which will be safe to sing at your work karaoke party.

But not everyone is seeing it as a gift they want to keep.

Legend, 40, and Clarkson, 37, headed into the studio after the 1944 Christmas staple became the target last year of a ‘Me Too’ campaign claiming some of its lyrics ignored consent.

Written by Frank Loesser, Baby It’s Cold Outside – which has been covered by the likes of Michael Buble and Idina Menzel, and Rod Stewart and Dolly Parton – was denounced and banned by a clutch of US radio stations.

Naysayers claimed lines like the woman telling the man “no, no, no” and asking what was in her drink were unacceptably dated.

The All of Me singer revealed the 2019 refresh of Baby It’s Cold Outside in a Vanity Fair cover story featuring his outspoken Instagram star wife Chrissy Teigen and their children Luna and Miles.

According to the celebrity magazine, one new verse goes:

Clarkson: “What will my friends think … ”

Legend: “I think they should rejoice”

Clarkson: “…if I have one more drink?”

Legend: “It’s your body, and your choice.”

Other changed lyrics have Clarkson saying it’s time for her to leave and Legend singing that he’s “glad you dropped in”, and “I can call you a ride”.

Clarkson: “My mother will start to worry.”

When CNN tweeted about the modern version of Baby It’s Cold Outside, the social media platform was swamped with protesters.

“The original was a beautiful song and it didn’t need any changing. To even engage in a cover is a preposterous attempt to appeal to a bunch of imbeciles,” tweeted one user.

“Instead of changing the song perhaps we need to refocus the modern lens that finds fault and crimes where there are none. Consensual flirting and innuendo add spice to life,” wrote another.

A third asked if old Hollywood movies would also be censored or reworked: “What the hell? Why are we starting this again?” 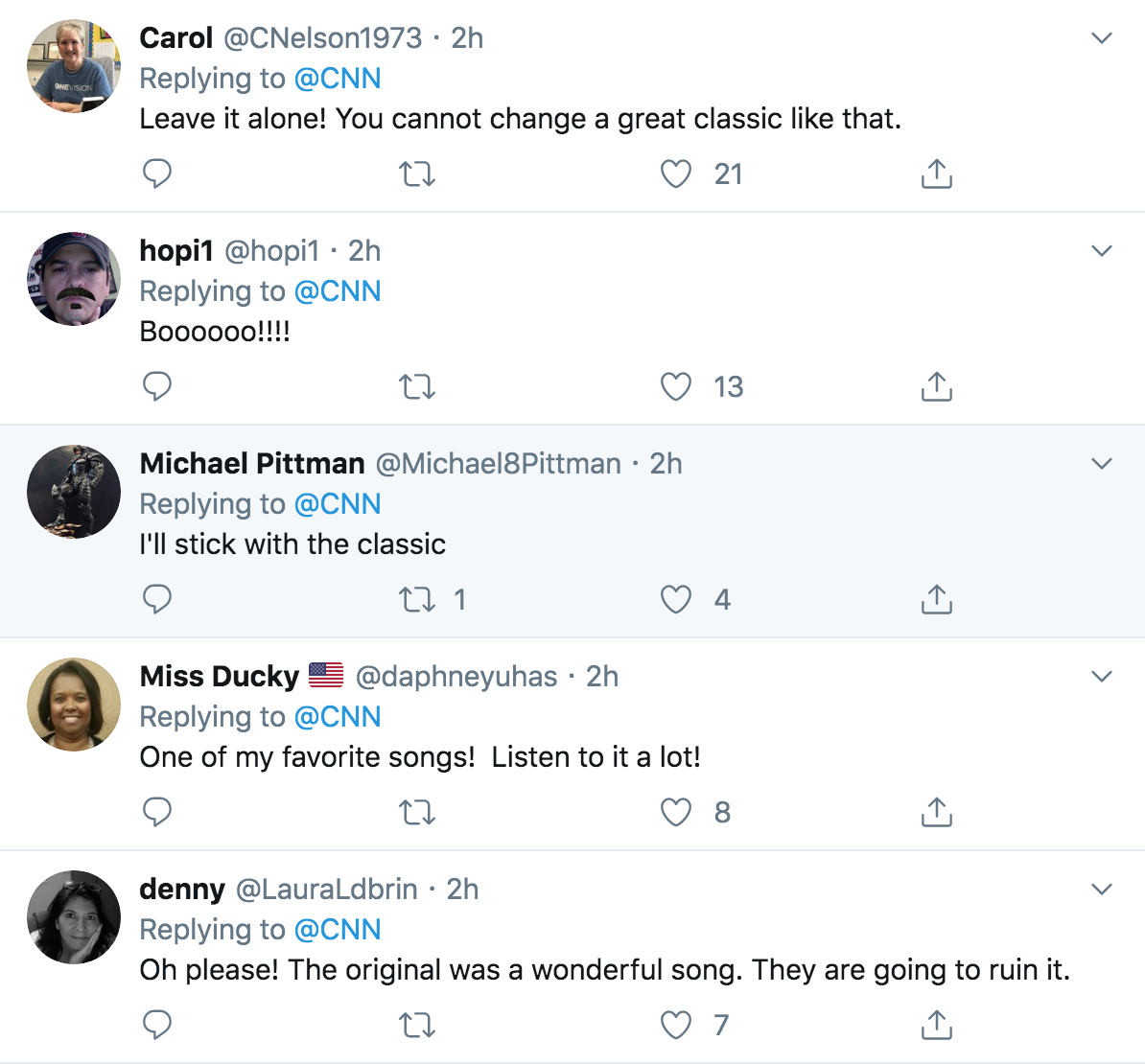 After 2018’s brouhaha, Loesser’s daughter Susan Loesser 74, told NBC that “Bill Cosby ruined it for everybody” and that years ago “I would hear from time to time people call it a date rape song.

“I would get annoyed because it’s a song my father wrote for him and my mother to sing at parties,” Ms Loesser said, adding her father would have been “furious” at the radio stations’ ban.

“It would be good if people looked at the song in the context of the time,” she said.

“Back then it didn’t mean you drugged me.”

Gayle King, co-host of CBS This Morning, also said she wanted her Christmas songs with a touch of spice.

“I just feel I want to say to people: ‘It’s a Christmas song that was written years ago’,” King said on air last December.

“When you look at the intent, it’s – to me – a very flirtatious back-and-forth between the two of them. I think you can look at anything and read something into it these days.”

The song will appear on Legend’s A Legendary Christmas: The Deluxe Edition, to be released on November 8.