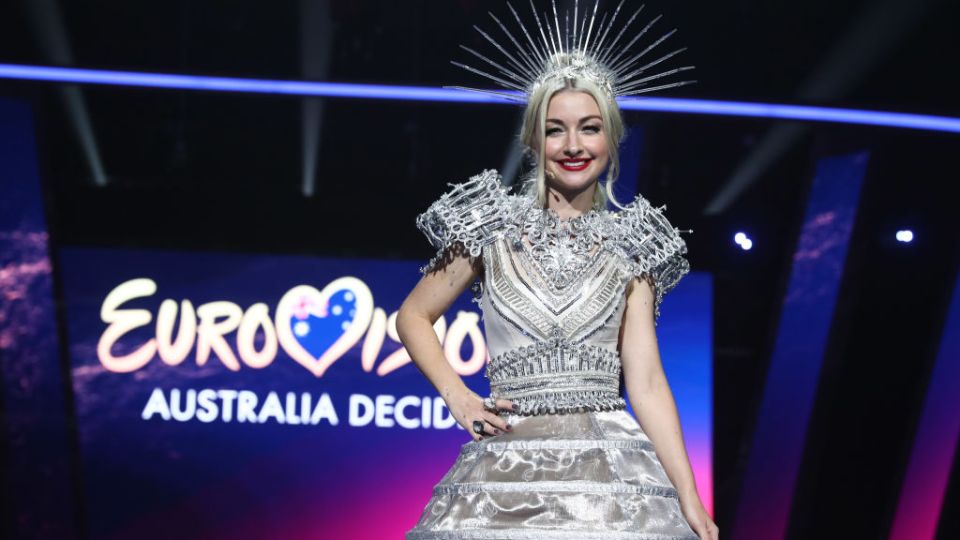 Kate Miller-Heidke will travel to Tel Aviv in May as Australia's Eurovision hopeful. Photo: Getty

Favourite Kate Miller-Heidke and her outstanding song Zero Gravity have claimed the honour of representing Australia at this year’s Eurovision Song Contest in Israel in May.

She sang the stunningly staged number while wearing a seven-tiered, eye-popping skirt while a dancer in black swayed and swirled on a high pole.

I can’t believe it. Thank you SO MUCH to everyone who voted. We did it! It was a fierce competition and I’m beyond thrilled that you chose me to represent Australia at Eurovision 2019. #eurovision2019 #ausdecides #eurovision pic.twitter.com/eH70dbRtcu

A Eurovision fan since childhood, she wrote the song specifically for the competition

“I remember thinking ‘What the hell is this?’” she told The New Daily, recalling how she sat entranced by the spectacle being beamed from the other side of the world.

Last year and all grown up, she watched Israel’s Netta Barzila take the Eurovision crown with Toy, an up-tempo song with trills, clucking sounds and chicken-like dance moves. That was when she knew she had to give it a shot.

“When I saw Netta perform, I thought ‘this is my competition!’” she said.

Yet the moment of triumph also had its bittersweet element, as her heartfelt song centres on the battle with depression that followed the birth of her son, Ernie, now two and a half.

“He doesn’t like my singing very much,” she laughed.

But the judges and voting public clearly did. Kate won by a convincing margin, half the votes cast by a professional jury and the remainder from the Australian public.

Ten songs were chosen for the final from some 700 submitted after SBS’s call last year for entries.

In second place was an absolute audience favourite – Electric Fields, the South Australian electronic music duo, who set the night alight with an extraordinary song, 2000 and Whatever, about the power and potential of millennials. .

In the stadium, the millennials took to their feet to endorse vocalist Zaachariaha Fielding’s message that they are “an incredible generation with what’s at your fingertips – go out and use it.”

The band is already charting with the song in Europe.

There was lots of media noise and speculation about drag queen Courtney Act taking the top honour, but no amount of red leather and dancers could disguise the fact that she just can’t sing as well as the others. She finished well down the results table.

While the votes were being counted, Dami Im took us right back to the time she came so close to winning by reprising her outstanding performance of Sound of Silence.

And, a joyously out of tune Hans Berlin Boy Wonder gave us a musical compote of Eurovision songs.

This was the first time an Australian Eurovision entry was chosen by voting  in a live final. Previously, Australia’s entries were selected after closed-door discussions between SBS, show producers and record companies.

The show was also a fitting milestone in the SBS Eurovision journey. Ten years ago, SBS decided to ditch the British Eurovision show when commentator Terry Wogan retired. Eurovision tragic Julia Zemiro and co-host Sam Pang took over the reins.

Four years later, a short Australian video wooed Eurovision officials with a demonstration of the love downunder has for Eurovision. It opened the door and Jessica Mauboy was the interval act a year after that.

The crack presenting team of Myf Warhurst and Joel Creasy took over two years ago.

But the real impact of this year’s live show is bigger in some respects than Eurovision itself by showcasing Australia’s song-writing talent – 10 amazing songs from 10 amazing performers.

Ironically, many were discovered on shows like XFactor, where they were shoehorned into singing covers.

Let’s hope SBS’s bold experiment will pay off and this country’s unique musical talents will again have a place to peddle their original wares.