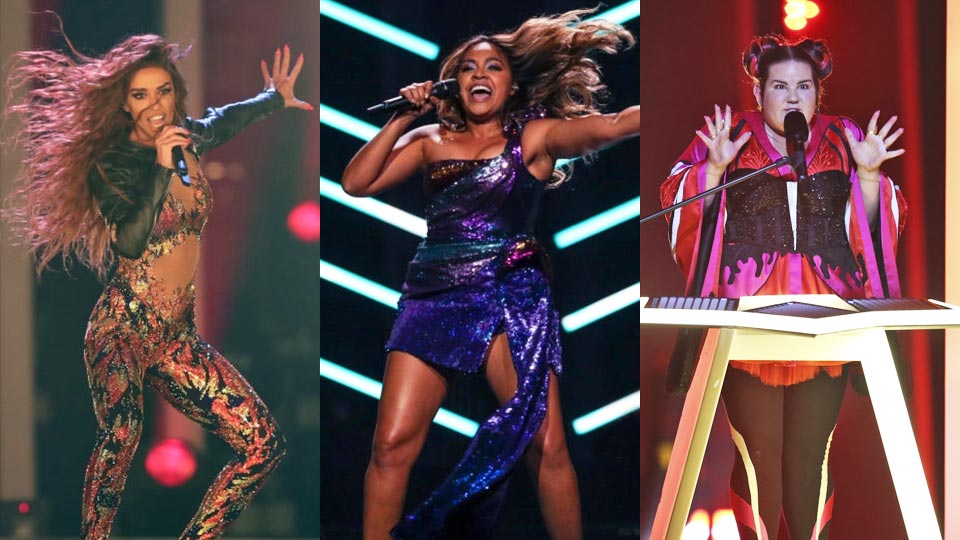 The Eurovision Song Contest this year went back to its trademark bizarre and exciting roots with Viking warriors, Hungarian heavy metal, Dutch country and western, and a winning chicken-dance song from Israel.

It meant Australia’s Jessica Mauboy had no chance of coming close to winning.

Mauboy’s Tina Turner-like performance of We Got Love was an obvious crowd pleaser in the stadium in the Portuguese capital of Lisbon. She belted out the song – all alone on the stage.

But Eurovision is always about more the song and the minimalist staging dampened her performance for those at home. She finished 20th of 26 competitors and scored the lowest audience vote from the 42 countries that took part.

This year’s winner was the competition favourite, Netta Barzilai from Israel with Toy – complete with a chorus of chicken noises and a backdrop of waving cats and dancers. Pure Eurovision.

It was also a strong pro-women song and tapped into one of the major issues of the moment around the world.

And, as when Conchita Wurst won in 2014 with Rise Like a Phoenix, this year featured other songs with messages – in particular about same-sex relationships and refugees.

But it was the standout, surprising performances and staging concepts from so many entrants this year that would have cost Australia dearly.

Opening the final was a show-stopping Melovin from the Ukraine who appeared to rise from a coffin to sing Under the Ladder. He then climbed past a backing chorus and up a fiery staircase to play a piano.

Eleni Foureira from Cyprus was runner up with her energetic Fuego, complete with a fiery bodysuit and fabulous backing singers.

Then there were the straight out bizarre performances which true Eurovision fans love most.

Like AWS – the heavy metal band from Hungary. Remember Lordi, which took the contest home for Finland in 2006?  AWS were less costumed than Lordi – their lead singer didn’t even bother with shoes – but the head-banging passionate performance of their song Viszlat Nyar (Goodbye Summer) rocked. It was backed by fiery visuals and frenetic production.

Not to forget the five leather-clad Viking warriors, Rasmussen from Denmark with their powerfully masculine anthem Higher Ground – flanked by Viking warship sails.

Jessica Mauboy is at least as impressive as third-place getter, Austria’s Cesar Sampson who sang a simple, almost gospel song, Nobody But You.

But he was backed by a choir of voices and performed on an impressive rising stage with clever lighting. He used the stage well and engaged the audience in a sophisticated performance.

Australia can deliver to a similar standard. Remember Dami Im, who finished a nail-bitingly close second for Australia in 2016? Her powerful song Sound of Silence was superbly staged and performed.

Jessica Mauboy gave a great rock and roll performance in a production that would have worked well as a guest stint on The Voice.

But Eurovision at its best demands way more than that and this was one of the most exciting and toughest contests in years.

Why Jessica Mauboy had no hope of winning Eurovision