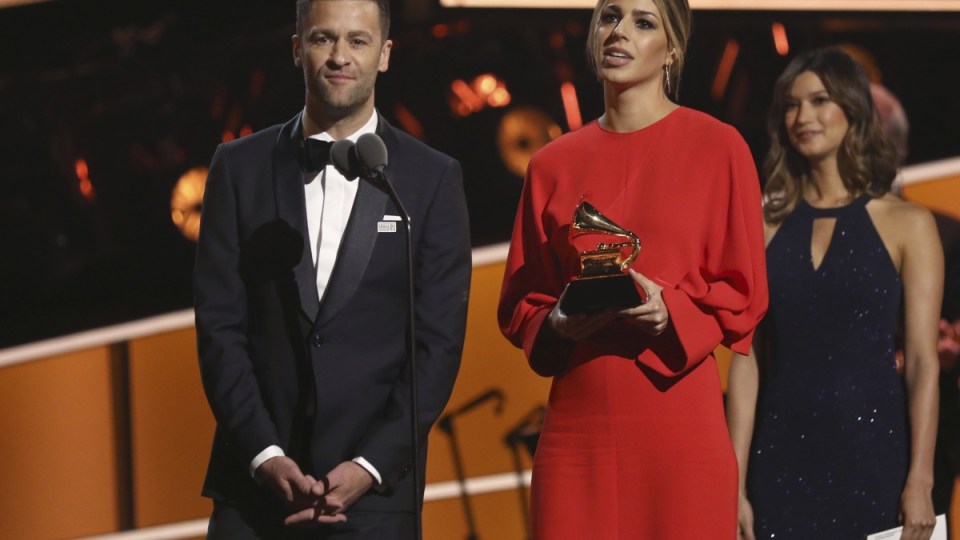 Australia’s Hillsong Worship has won a Grammy Award as Sia, Nick Cave & The Bad Seeds and Mansionair missed out.

The group, formed out of Sydney’s Hillsong megachurch, has had huge success across the world with their Christian inspired music and concerts.

They received the award in the best contemporary Christian music performance/song category for What A Beautiful Name.

The award is given to artists and songwriters of new contemporary Christian pop, Christian rap/hip-hop or Christian rock singles or tracks.

“No matter how far or close you feel to God or no matter how great the distance his love is greater, his name is more powerful, more wonderful, more beautiful than any other,” Fielding said.

The win came after fellow Australians Sia Furler, Nick Cave & The Bad Seeds and Sydney trio Mansionair missed out on awards earlier in the ceremony.

Adelaide’s chart-topping singer-songwriter Sia was nominated in the best song written for film or TV category for Never Give Up, featured in the Nicole Kidman, Oscar-nominated Australian produced film Lion.

The Grammy went to Lin-Manuel Miranda for How Far I’ll Go from Disney’s Moana: The Songs.

Nick Cave & The Bad Seeds and director Andrew Dominik were snubbed in the best music film category for One More Time With Feeling.

The Defiant Ones won the Grammy.

The winner was the Voyager Golden Record: 40th Anniversary Edition.

Sydney trio Mansionair was nominated in the best dance recording category for their collaborative effort Line Of Sight with Seattle electronic duo Odesza, but they were beaten for the Grammy by LCD Soundsystem for Tonite.

Bruno Mars and Kendrick Lamar meanwhile have scored three wins each, putting them as favourites for top awards like album and record of the year.