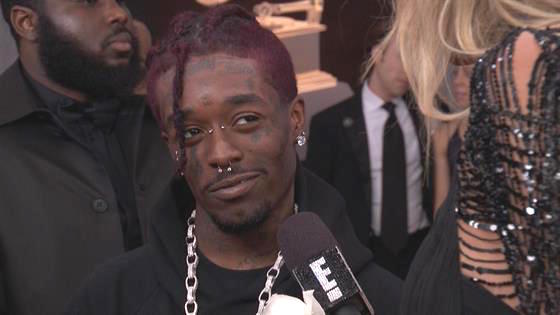 What do you get when you combine condescending questions with unabashed honesty? The ultimate awkward red carpet interview, it turns out.

E! News host Giuliana Rancic was on the back foot from the very first question in her interview with US hip-hop artist Lil Uzi Vert on the Grammy Awards red carpet on Monday (AEST) in New York City.

Given he stands at a diminutive 166cm tall, the statuesque Rancic was forced to stoop in order to interview the Philadelphia-based rapper, whose lack of enthusiasm for the entire situation was palpable.

Worse, Rancic’s tone was similar to the kind you’d use when interacting with a young child, rather than a 23-year-old man.

“How are you?” was her tantalising first question.

“I’m good,” was his fascinating response.

Rancic, clearly thrown off by Lil Uzi’s bluntness, attempted to recover with a follow-up question.

“What are you feeling tonight?” she queried.

“Feeling normal,” he said, offering the vocal equivalent of a brick wall.

But Rancic, who is a seasoned red carpet host, was not giving up that easily, bravely attempting to extract one iota of enthusiasm.

“Are you excited about what the night’s going to bring tonight?” she pondered desperately.

“This is normal, this is my life, so whatever,” Lil Uzi said nonchalantly, before revealing he planned to celebrate by “going shopping”.

“What’s next for you?” was Rancic’s valiant final question.

At the end of the stilted interaction, Rancic inexplicably deemed it her “favourite interview of the night” and many on Twitter concurred, praising Lil Uzi’s “realness”.

“This Lil Uzi Vert interview is something else,” Buzzfeed writer Ryan Schocket tweeted.

“Relatable,” Us Weekly said of his post-Grammys Pop Tart plans.

Another much-discussed moment from the ceremony was music super spawn Blue Ivy Carter, daughter of Jay-Z and Beyonce, urging her famous parents to settle down.

Beyonce and Jay were clapping presenter Camila Cabello when their six-year-old, who was sitting between them, urged them to settle down with a single hand gesture.

The 60th annual Grammy Awards were dominated by Hawaii-born singer Bruno Mars, who won album, record and song of the year, as well as rapper Kendrick Lamar, who won in all four rap categories.

In another highlight, Kesha was joined by fellow female stars like Cyndi Lauper and Camila Cabello for an emotional, #MeToo-themed performance of her song Praying, which alluded to her long-running sexual assault lawsuit against her former producer.

Best Rock Album: A Deeper Understanding — The War on Drugs

Best R&B Performance: That’s What I Like — Bruno Mars

‘This is my life’: Rapper gives hilariously honest Grammys interview