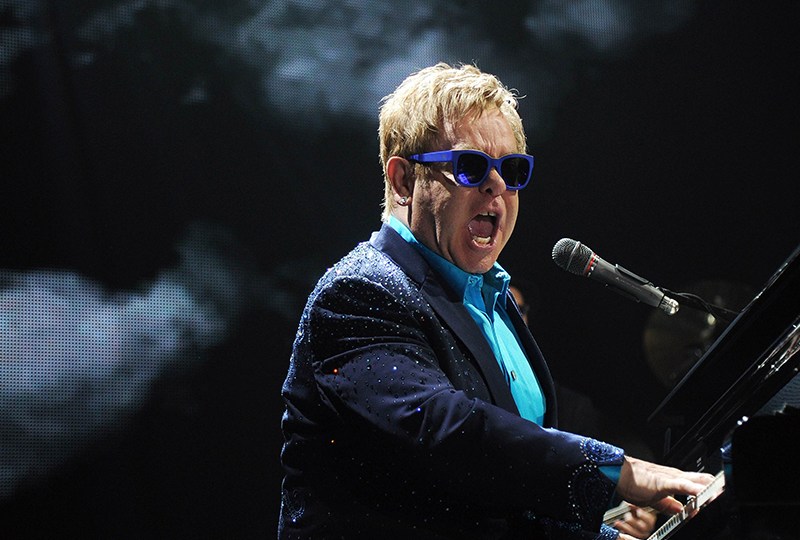 Sir Elton John has announced he will retire from touring after his upcoming three-year global tour, drawing the curtain on a career spanning almost 50 years on stages around the world.

The 70-year-old singer, pianist and composer said on Wednesday it was time to devote more time to his two children and husband David Furnish.

His sons will be 10 (Zachary) and eight (Elijah) when he stops touring.

He made the announcement at an event in New York in which he sat at a piano and performed Tiny Dancer and I’m Still Standing.

He wore his signature glasses and a colourful suit jacket that read “Gucci loves Elton”.

At the Grammy Awards on Sunday, John is to perform alongside Miley Cyrus and will collect the President’s Merit Award. His Las Vegas residency ends in May after six years.

Sir Elton, whose hits include Your Song and Candle in the Wind, has won five Grammys, an Oscar and a Golden Globe for The Lion King, a Tony Award for Aida and received a Kennedy Centre Honour.

He has sold 300 million records.

The statement came less than one year after Sir Elton was forced to cancel a series of shows when he contracted a bacterial infection.

He became “violently ill” during a flight home from Chile, and was admitted to hospital where he spent two nights in intensive care. Following his return, Sir Elton was forced to cancel the May and April dates of his Las Vegas residency.

At the time he said: ‘I knew I was sick but I didn’t know I had such a dangerous thing inside of me until I had a scan, which was after nine shows, 24 flights and a summer ball.’

In March last year, he revealed he planned to make a decision about his touring future in “the next six months”.

NEW: Elton John announces his next tour will be his last.

"My priorities now are my children, and my husband, and my family…the time is right to say thank you to all my fans around the world, globally, and then to say goodbye." https://t.co/3gKFF1hhGh pic.twitter.com/ql2FK63wdr

In his address, Sir Elton said: “My priorities have changed. We had children and that changed our lives and in 2015 we sat down with a school schedule and I thought I don’t want to miss too much of this.

“My life has changed, my priorities have changed and my priority now is my family.”

He added it was a chance “to say thank you to all my fans around he world and then to say goodbye”.

But Sir Elton added that retirement from touring didn’t mean he wouldn’t be creative any more.

“It will take three years probably. I’ve been working constantly, I’ve been on the road ever since I made it in 1970.”

‘I’ve had a good run’: Sir Elton John to retire after next concert tour