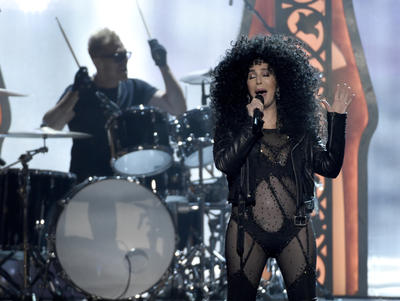 International superstar Cher will perform at Sydney’s 40th Gay and Lesbian Mardi Gras in March, with the state government confirming one of the city’s worst kept secrets.

The 71-year-old hinted she was coming Down Under in a cryptic emoji-laden tweet in December: “OK….. YOU BOYS KNOW WHERE I’LL (be) IN MARCH… #PutSomeShrimpOmTheBar(bie)”.

The NSW government on Friday announced Cher had been locked in as the star performer at the Mardi Gras Party on March 3, the annual parade’s 40th anniversary and the first since same-sex marriage was legalised in Australia in December.

While tickets to the 2018 Mardi Gras Party sold out last year, officials have announced more will be made available.

“Cher represents the same unapologetic and fearless freedom that makes the LGBTQI community so enduring and strong – positioning herself as a true gay icon,” Mardi Gras chief executive Terese Casu said in a statement.

Last year’s Mardi Gras brought more than 38,000 visitors to Sydney and injected an estimated $40 million into the economy, according to the government.

“[Cher] is the perfect person to help celebrate Sydney Gay and Lesbian Mardi Gras,” Minister for the Arts Don Harwin said in a statement.