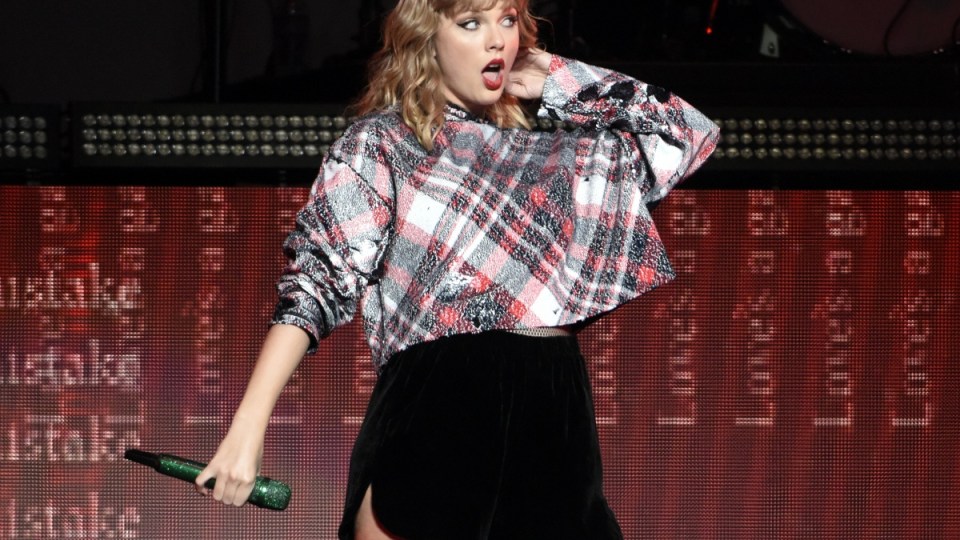 Legions of Taylor Swift fans are fuming over the pricing structure for her upcoming Reputation Tour, which requires them to buy tour merchandise and “exclusive artwork” for a chance at better tickets.

Swift’s Reputation Tour will begin in Australia in October 2018, for which tickets went on sale in December 2017.

However, the tour is yet to sell out across the country, with buckets of tickets still available on popular sites like Ticketek and Ticketmaster.

Similar reports are coming from the US, where fans are up in arms over the inflated prices for Swift’s 2018 tour.

Perhaps Australian fans’ hesitation is due to the vastly increased prices for tickets to Reputation, which far outstrip prices for her last tour – the 1989 World Tour, which travelled Australia in 2015.

In 2015, Forbes reported that the 1989 Tour was Swift’s most expensive tour yet – a 123 per cent increase on her Red Tour’s average ticket price.

But the Reputation tickets are a significant mark-up in price again, selling in Australia from between $158 for “restricted view” seating to $818.05 for the exclusive “Snake Pit Package”.

Aside from the increase in ticket prices, what seems to be ticking off fans is the content of Swift’s “exclusive” VIP packages: the Snake Pit Package, the Big Reputation Package and the Kingdom Keys Package.

Where other VIP tickets include backstage access and talent meet-and-greets, the various Reputation “exclusive” packages simply include a range of Swift’s Reputation merchandise, including CDs, tour artwork, light-up lanyards and other memorabilia.

And there’s no chance of purchasing the VIP location tickets without also buying the Reputation merchandise.

I just want to check… Does the Snake Pit package come with Meet & Greet or not?@taylornation13 @taylorswift13 #reptour

@taylorswift13 why are your tickets so damn expensive?! And why do I have to be 16 to get the snake pit package?! 😩💗

So, while the 1989 World Tour sold out in minutes, Reputation has yet to sell out any of its venues, despite Swift recently adding more dates and venues to the tour list.

The Sydney pre-sale for her Reputation Tour faced major issues for users logging on via Ticketek and Live Nation. There were also reports of users paying up to $350 for D-Reserve tickets and then logging on the next day to offers of far better – and cheaper – seats.

Trying to buy @taylorswift13 for Sydney but @Ticketek_AU is saying we need a code????? I thought I just needed a @LiveNationOzNz account???! My mum just called ticketek and they literally hung up on her

Side note: don’t log into @Ticketek_AU again after just buying $350 @taylorswift13 tickets because you’ll get given HEAPS better seats and want to cry yourself to sleep #whyme #broke #HappyBirthdayTaylorSwift

In a statement, a spokesperson for Ticketek told The New Daily tour ticket prices were set by the concert promoter, Live Nation.

The public has certainly had a strained relationship with Swift over the past 24 months, after her public feud with rapper Kanye West and reality star Kim Kardashian-West, her refusal to speak up about the election of Donald Trump, as well as rumours of a faked relationship with actor and James Bond hopeful Tom Hiddleston.

Swift still has her core “Swifties”, but there’s no doubt that the advent of her Reputation album, which brought with it a change in Swift’s tone and musical direction, has lost her a few fans.

Seeing as I don't want to be a #TaylorSwift fan anymore, I'm going to write a breakup song about how terrible she was to me

One thing’s for sure – Swift sure knows how to make a headline, and news of her Reputation Tour tickets selling less than swiftly (sorry!) has travelled fast. Still, despite the slower ticket sales, the Reputation Tour has already generated more than $180 million and could be on track to be the highest-selling tour of all time.

It will be interesting to see if Reputation’s controversial pricing structure for blockbuster concerts is adopted by other major recording artists looking to sell high for low output.