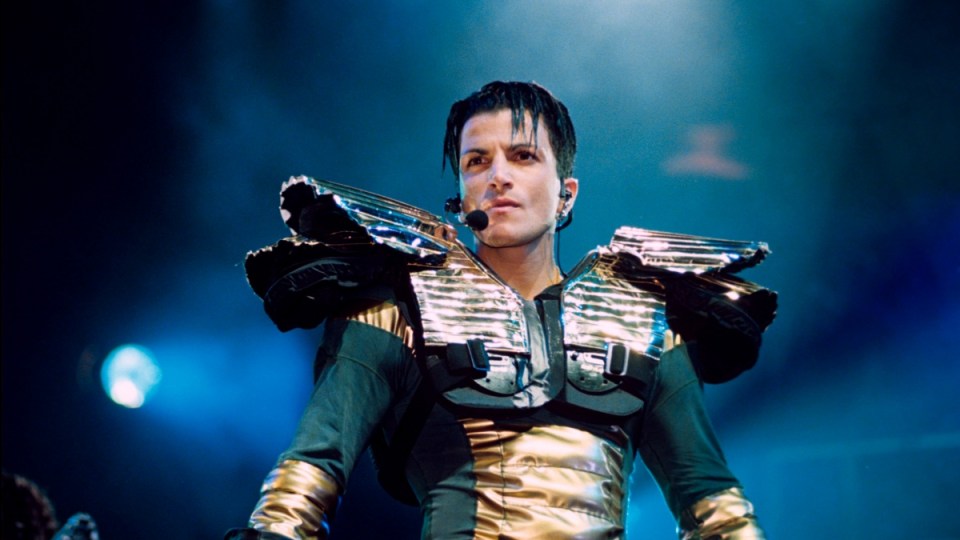 No denying it, Australia’s Eurovision 2018 entrant Jessica Mauboy has great pipes and a terrific vocal range. She’s a Logie nominee who can bust moves, which makes her a triple threat on a Neil Patrick Harris superhuman level.

But is Jess too classy for Eurovision? Will her original power ballad or jazzy R&B number be too polished to mix it with the envelope-pushing likes of puppets (Dustin the Turkey, 2008), Finnish latex rock bands (Lordi, 2006) and synth pop outfits (Telex, 1980)? Could she take down a cadre of Russian nannas dancing around ovens?

So far, Australia has sent only reality TV contestants to Eurovision: Guy Sebastian, Dami Im and Isaiah Firebrace. And while they’ve all done us proud, only Dami truly had the pizzazz and visual pyrotechnics to give the title a real shake.

When the hunt is on next year for our entrant, maybe selectors could look to Australia’s rich musical past – the hair, theatrics, cartwheels – for inspiration as to what it might take to win Eurovision: cheesiness and the element of surprise.

July 1993, and the nation had everything it knew about pop music, merengue dancing and chest hair tipped on its head when Kylie Minogue ‘The Sequel’ – otherwise known as Dannii – gifted us This Is It.

The video for this irresistible gem is a spectacular patchwork quilt of beach balls, scrunchies and more cheese cloth than they use in a month at King Island Dairy.

The undeniable highlight is the look on Julian McMahon’s face, giving us the idea that Sir Billy and Lady Sonia McMahon’s only son didn’t fully know what he had gotten himself into. Time for Dannii to reprise her choreography and catchy chorus? The Europeans will eat it up!

Success at Eurovision requires two crucial factors: a ripping tune, obviously, and more visual stimulation than when I was 15 and first discovered late-night SBS.

Gayle and Gillian’s 1991 classic All Mixed Up covers criteria No.1 in spades. The fact that they are literally indistinguishable to the human eye will have the Portuguese fans in absolute raptures. Throw in Stefan Dennis on an oversized trike dinking Harold Bishop in the background as a nod to their time on Neighbours and the English vote too is all but secured.

Barbecued prawns, modesty-stripping swimwear and animals that have their own pockets are what we are famous for around the world. However, our single greatest homegrown commodity, the ability to tell both friend or foe to “get stuffed”, has never been so perfectly crystallised as it was in the 1980 pearler Shaddap You Face.

Seamlessly tiptoeing the razor-thin line between lighthearted parody and horrendous racial stereotyping, it still remains one of our greatest ever tunes and would be in no way out of place on the stages of Eurovision.

Everybody talks about the great triumphs of the 1980s being the fall of the Berlin Wall, mobile phones and finding out who did in fact shoot JR on Dallas. Nonsense.

The single greatest moment of the 1980s was the exquisite hair of 1927 front man Eric Weideman. Eurovision’s storied history is littered with great songs but even better hair: Bucks Fizz, Abba and Celine Dion all took home the trophy thanks just as much to relentless hairdos as catchy tunes and vocal range.

That glorious mane and a pedal to the metal rendition of You’ll Never Know, and 1927 better get their acceptance speeches ready.

Given that the Funky Junky’s latest chance to perform in Australia was sadly derailed with the cancellation of his Greatest Hits tour, what better salve on those musical wounds than to perform for Australia?

He’s already beloved in Europe, he’s been doing 14,000 sit-ups a day so he’s match fit, and after just one heaping spoonful of Mysterious Girl, Pete could power past Cristiano Ronaldo and Lionel Messi as the biggest star on the continent.

Calling Peter Andre and Dannii Minogue: Why Australia needs to ham it up to win Eurovision