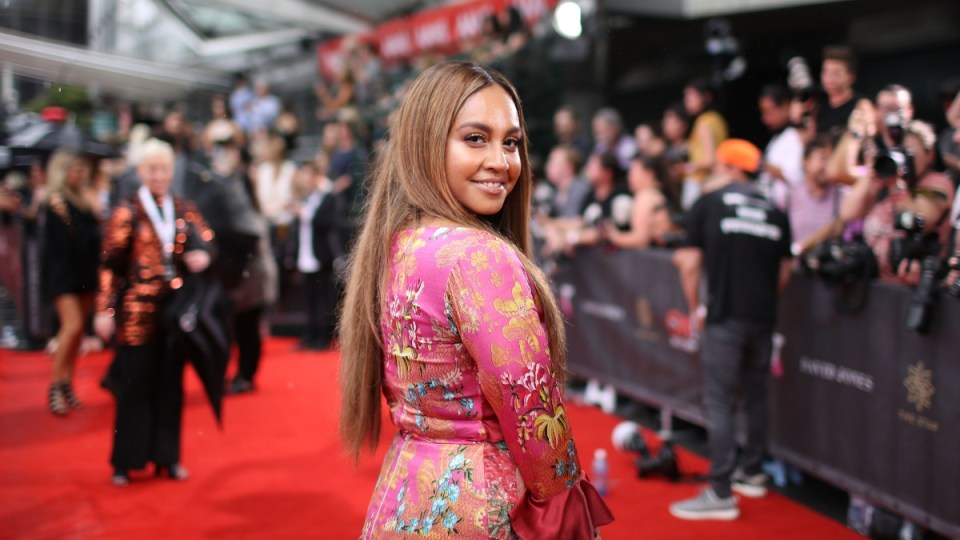 Mauboy was invited to perform as an interval act at the 2014 Eurovision Song Contest in Denmark. Photo: Getty

Fire up the glitter cannons: Jessica Mauboy will represent Australia at Eurovision 2018 in Lisbon, Portugal, in May.

“I will sing my heart out for Australia,” said the singer and actress, 28, who called Eurovision “a wonderfully joyous and unique” event.

“I’m so proud to be officially representing my country and a little bit nervous – mainly about the stress of the dress!”

Mauboy is an old hand at Eurovision. She made history in 2014 in Copenhagen when she was the first non-European solo artist to perform as an interval act.

Logie-nominated this year for The Secret Daughter, the Darwin performer kickstarted her career in 2006 with Australian Idol. Her songs have now been streamed globally 158 million times and viewed globally 37 million times.

Since Guy Sebastian made Australia’s debut in 2015 as a guest entrant in Vienna, Austria, the country has never failed to finish in the top 10.

Sebastian, 36, placed fifth in the grand final with Tonight Again.

“The crowd was incredible and I was enjoying the moment. It was so crazy,” said Im, 29, of her performance.

Internal selection was used to settle on Mauboy as the candidate, with SBS and production company Blink scouring the land for suitable artists keen to add Eurovision to their CV.

‘It’s an exciting challenge for us to find a competitor who can fly the flag high for Australia, and we can’t wait to begin that search,’ said Paul Clarke, Head of Delegation, in an August statement.

In the lead up to the 2018 announcement, SBS released a teaser video, featuring second-time broadcast hosts Myf Warhurst and Joel Creasey discussing who would be chosen for Lisbon.

Creasey whispered a suggestion to Warhurst, who responded, “Nah, you’ll never get them. Never.”

It created buzz SBS had a big name lined up to fly the flag for Australia.

Speculation had Australian Idol alum Ricki-Lee Coulter and sister act The Veronicas as the early frontrunners.

In November, Coulter told fans on an Instagram live feed it would be “amazing” to have a crack: “Let me at it is all I say. Let me at it!”

The Eurovision Song Festival was first held in 1956. Each participating country submits an original song then casts votes for other countries’ songs.

One of the longest-running television shows in the world, audience figures in recent years have been quoted as up to 600 million internationally.

Past winners include Abba (which took honours for Sweden in 1974) and Celine Dion, Switzerland’s 1988 entrant. With seven titles, Ireland is the most successful country.