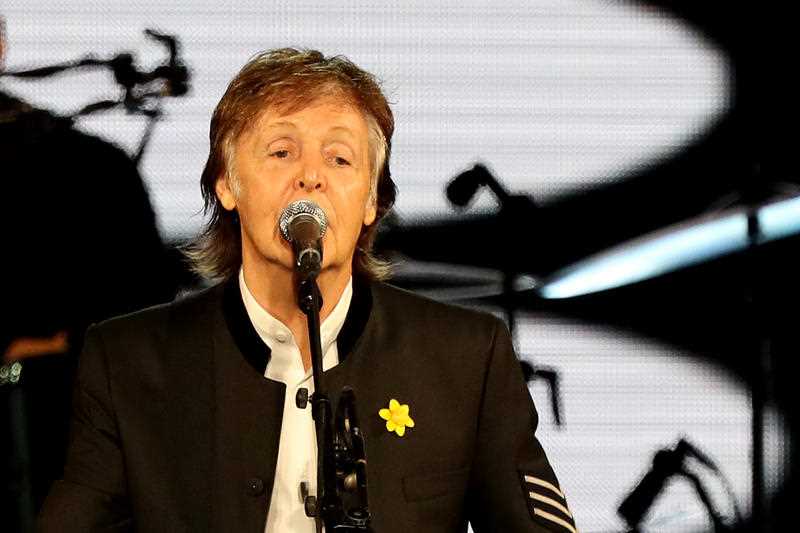 Paul McCartney still has anxiety dreams about getting up in front of a crowd. Photo: AAP

He’s one of the most famous people on the planet and has been performing on stage for almost six decades. But at 75, Paul McCartney still has anxiety dreams about getting up in front of a crowd.

“Ever since I started performing there’s like a recurring dream which is, and I still have it to this day, which is you’re in a stadium and you’re playing with The Beatles or with a band and people start leaving and it’s like, ‘OK, what are we doing wrong?'” he said.

“And we’re trying to pull out the big one like, ‘Quick, play Hey Jude, quick!’ And they’re still leaving.

“‘Quick, Long Tall Sally!’ And they’re just drifting away and you wake up in a cold sweat.”

The former Beatle sat down with 7.30 at the start of his Australian tour in Perth.

Despite what you might think, he’s not sick of playing his old songs.

“The funny thing is, particularly these days, it’s like I’m rediscovering them,” he said.

“You don’t just sing and think of nothing. So I’m thinking of being in the studio with the guys when we did it.

“So that’s what keeps you going. You’re always hearing lines in the songs. Like Eleanor Rigby: ‘The face that she keeps in a jar by the door’ … you go and rediscover it as you go along.”

When creating the setlist for his concerts, he said he asks himself: “If I was going to a Paul McCartney concert, what would I want to see?

“I think of it from the point of view of the audience and so I put down those numbers that I wouldn’t want to leave out. And then you sort of fill in with songs you want to do, songs they don’t want to hear.

“I basically want to give the audience a good time so I start that in the set list and take it from there.”

It’s not just old songs he’s playing. McCartney is still performing on some of his old instruments from the ’60s.

“My old bass, my Hofner bass, is the one I played in The Beatles. It’s got a good sound. I would play it anyway because there’s no point in getting a new one.

“New ones don’t sound as good. And I played it so long that it’s got me in it. And when I plug it in to a recording studio the engineer says: ‘This sounds good’.”

He also has an acoustic guitar from the same era that he plays Yesterday on.

“[It’s] the same one that I played on The Ed Sullivan Show, would you believe?” McCartney said.

With a face as recognisable as his, popping down to the pub or shops presents challenges. And he’s not a fan of selfies.

“I’ve kind of developed a strategy over the years,” he said.

“At first people are, ‘Oh, oh’, and everyone’s reaching for their phone. I say: ‘No, it’s private time, I hope you don’t mind. Let’s not do any pictures. Let’s hang out’.

“And pretty soon everyone settles down and we’re just talking. ‘Want a drink, Macca?'”