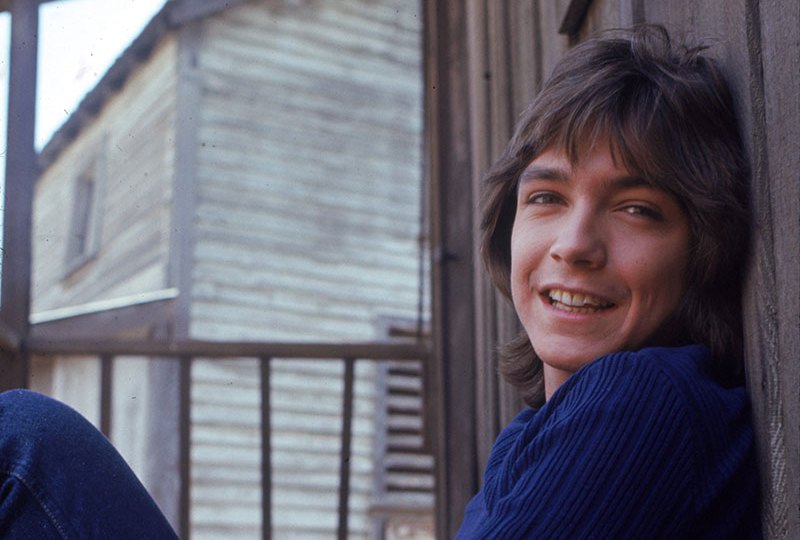 David Cassidy was a teen heartthrob for millions of girls around the world. Photo: Getty

For a glorious moment in the early 1970s, teen heartthrob David Cassidy – who died on Wednesday from multiple organ failure at the age of 67 – was the biggest star in the world.

His face and half-naked torso graced a million girls’ bedrooms. He was the king of the lunchbox.

His 1974 tour of Australia was typical of his life then. According to his pal and photographer Henry Diltz, “[it was a] collection of mad rushes from cars to hotels, hotels to venues, venues back to hotels”.

“All serenaded by screaming pubescents who kept vigil outside his hotels 24 hours a day.”

Appearing at the Logies he met fellow actor Gina Lollobrigida, then regarded as one of the most beautiful women in the world. She spirited him away so she could take photos of the star naked. Just another day at the office. 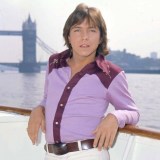 David Cassidy, star of the The Partridge Family, dead at 67

At a concert at Sydney’s Randwick Racecourse, the fans pulled the stage down halfway into the set. The stage itself buckled under the weight of koalas and underwear from the 33,000 fans.

All of this hysteria flowed from Cassidy’s role as Keith Partridge in the TV sitcom The Partridge Family. The plot was a single mum, played by Cassidy’s real-life stepmother Shirley Jones, Keith and three younger children form a band and go on the road.

The Partridge Family, which launched in 1970, was the nice alternative to the grubby Woodstock generation. Like the Monkees before them, they had a number of hits including I Think I Love You, Doesn’t Somebody Want to Be Wanted, I Woke Up in Love This Morning and I’ll Meet You Halfway. They had six gold albums in two years. David had a No.1 solo hit with Cherish.

David’s father Jack Cassidy had a successful career on Broadway and as a singer and TV actor, and David tried to follow in his footsteps. By 1974, Cassidy was really tired of the teen idol role. He left The Partridge Family.

A girl died of heart failure at the penultimate concert of his world tour that year, a tragedy which contributed to his desire to move on with his career.

As early as 1972, he said: “Oh, they’re cute. They get flustered and I get flustered, and it’s all kind of fun. But it’s no fun when they rip your clothes and take rooms next door in hotels and keep pounding on the door and slipping notes under it.”

Cassidy remained a trouper. He was fond of plastic surgery and had extensive work done on his face. He was also an alcoholic. He had three failed marriages and multiple counts of drunk driving. There were two children. He also wrote a couple of well-received books about his personal struggles with fame and drugs which is de rigueur for the industry.

And he remained on the road or stage until early this year when dementia and kidney failure caught up with him. He is survived by his children, Beau and Katie, his stepmother Shirley Jones, and his half-brothers Shaun, Ryan and Patrick.

Unfortunately, like teen idols before and since he found the transition to adult artist almost impossible. Cassidy had hit records in every decade. George Michael cited him as a major influence and they recorded together.

Cassidy won an Emmy Award nomination for a guest spot on a TV cop show and he had some successes in musical theatre but there was nothing to touch the heights of ‘Cassidymania’ of 1974.

Like other fallen idols, Cassidy sought solace in drugs and alcohol. He had grown up around mental illness – his father was bipolar and inclined to do his gardening naked and similar extreme behaviours. His mother developed Alzheimer’s. His fellow cast members Danny Bonaduce and Susan Dey also struggled with substance abuse and in Dey’s case anorexia.

After the halcyon days of 1974, Cassidy returned to Australia in 2002 but the project did not go well. On his promotion tour he was frequently drunk during TV interviews and fans who approached him found him belligerent.

He will be remembered by fans such as film director Francine McDougall as a mythic figure.

“My 10-year-old self idolised David Cassidy on The Partridge Family,” she recalls.

“Sure, his looks were the epitome of the American boy-next-door, but that voice, that smile, WOW! A few years later, David Cassidy was my first live concert – Randwick Racecourse, 1974. In the middle of the day, no less. I remember EVERYTHING about that show.

“The puka shells, the hair (the hair!!), his ridiculously tight, white overalls that accentuated his groin. He was single-handedly responsible for my obsession with pop music. I swooned for weeks after that show.

“David Cassidy beaming that infectious grin without a care in the world. It still makes me melt.”