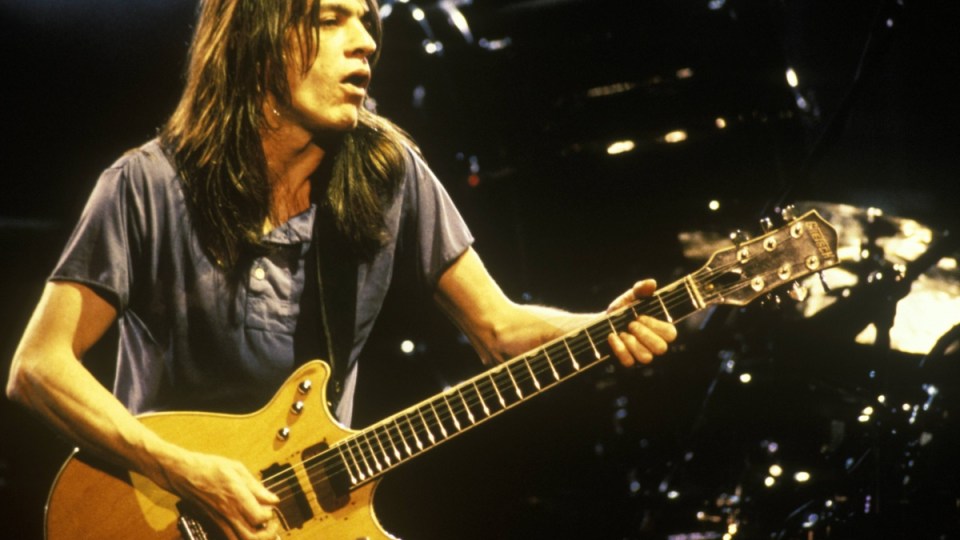 Malcolm Young died at the age of 64. Photo: Getty

The architect of the unique sound of AC/DC has died after a battle with dementia.

In 2003, Malcolm Young told the Rock & Roll Hall of Fame that the secret to his group’s phenomenal success was that they were “determined to never change what we do”.

To change the sound they created in the 1970s was a betrayal of their fans and themselves, he said. And holding the line as a rhythm guitarist was Malcolm’s great gift to the world.

Malcolm Mitchell Young was born in Scotland on January 6, 1953, the seventh of eight children. The family moved to Australia when Malcolm was 10 and shortly thereafter, elder brother George formed the Easybeats.

Following his example, Malcolm too picked up the guitar and a Chuck Berry songbook. By the age of 19 Malcolm was in an unfortunately named Newcastle band The Velvet Underground and had quit his job in a bra factory.

Then in 1973 he persuaded his younger brother Angus to join him in AC/DC. The following year they were playing and starting to make a name for themselves.

While Angus played the showman out the front of the group and wore the schoolboy outfit while rolling around on the ground, it was Malcolm at the back who steered the ship.

“Mal’s always been one to come up with melody ideas,” Angus told Revolver. “I’m a bit rough and raucous – I go for the rhythmic things – but Malcolm will dial in a melody, and likes to get it so it’s all hooking together and feels right.”

Former bassist Mark Evans once described Malcolm as the “driven one … the planner, the schemer, ruthless and astute”.

Scottish and stoic, Malcolm Young had no great desire for the spotlight. He felt uncomfortable in interviews and hid behind his lanky, long hair.

For someone who had sold more than 110 million albums and played to the biggest audiences in history, Malcolm was a humble man.

He was regarded as the architect of the band’s sound and their staunchness to their image. Almost all of the band’s records were a slight improvement on its predecessor.

The themes and the sound remained the same but the audience grew, the promotion was extended as the production improved.

The arrival of Robert “Mutt” Lange on the Highway to Hell album (1979) put AC/DC in the box seat to break the charts globally.

In the mid-1970s, AC/DC relocated from Sydney to London, on the cusp of the punk rock era. While the group never fitted into that movement their no-nonsense working-class belligerence and wit made them fellow travellers.

For the next five years the group gradually built an audience in Australia, the US and Europe. On the verge of success, singer Bon Scott died as a consequence of substance abuse.

The band’s post-Bon album Back in Black in 1980 sold 50 million copies – one of the top five of all time.

In six years AC/DC had gone from playing to 200 at the Bondi Lifesaver to one of the biggest acts in the world. Angus eventually moved with his Dutch wife to live in the Netherlands while Malcolm settled down in Sydney’s inner-west.

But fame didn’t sit easily with Malcolm and alcohol became an increasing problem.

“My drinking became my whole thing. I thought am I Dr Jekyll or Mr Hyde,” he said.

In 1988, he left the band temporarily and was replaced by nephew Stevie Young. With the help of AA, Malcolm sobered up and returned to the band for their comeback album The Razor’s Edge.

Malcolm remained in his pivotal position within the band until the Black Ice album and the 2010 world tour that followed. That jaunt played to five million people across the planet.

The dreaded signs of dementia crept in on that tour. The illness progressed to the point where Malcolm was replaced by Stevie Young on 2014’s Rock Or Bust.

By the time that tour kicked off in 2015, Malcolm had moved to assisted care, sharing his sunroom with ex-prime ministers, premiers and Harry M Miller.

He is survived by his wife Linda, children Cara and Ross, son-in-law Josh, three grandchildren and his sister and brother.

Malcolm Young – the man who rocked, we salute you