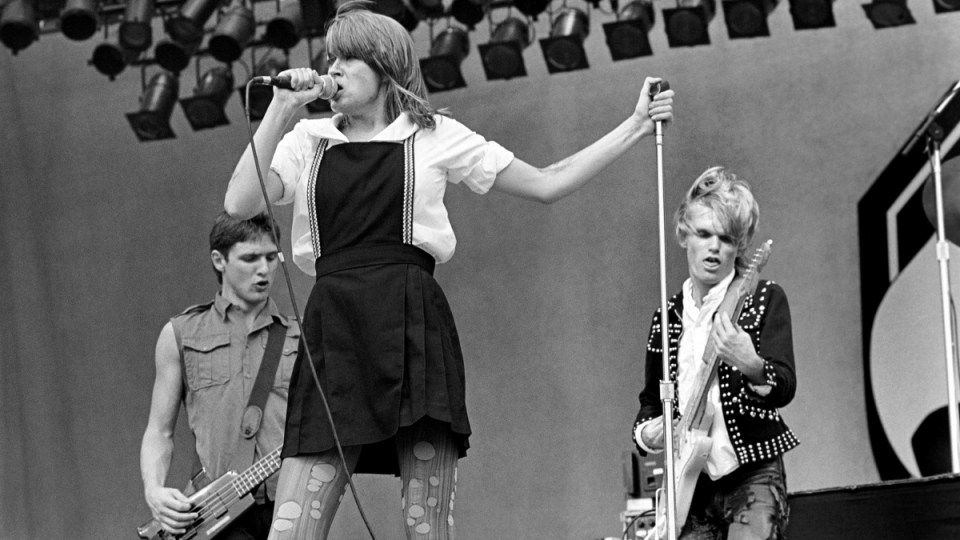 Chrissy Amphlett and the Divinyls performing in the US in 1983. Photo: Getty

From The Seekers to Sia via Silverchair, if you had to pin down 50 tracks that indelibly shaped Australia, who and what would you choose?

That’s the impossible challenge obsessive music lover, author and journalist Andrew P. Street set himself with his latest book The Long and Winding Way to the Top: Fifty (or so) Songs That Made Australia.

So The New Daily went harder, asking him to whittle it down to five.

Here are his picks. Let us know yours in the comments section.

“Sure, Slim Dusty came before him, but Johnny was our first rock and roll star,” Street says of his decision to open the book with O’Keefe, who went on to host Six O’Clock Rock.

“When you listen to it now, it just seems so benign and perky, and it’s extremely difficult to understand how this was the sound of juvenile delinquency, but it was. You can draw such a clear line from O’Keefe to little Stevie Wright in The Easybeats.”

His legacy lives on through Iggy Pop’s 1986 cover, the theme to Rage.

“It’s surprising how few people know that she’s Australian,” Street says of the of the Melburnian, one of our first stars to crack the US market.

From humble beginnings, the song became a feminist anthem. “It’s one of the few songs she wrote and it was an afterthought, for such a significant, epoch-straddling, genuinely world-changing song. That’s also true of INXS and What You Need.”

Street cannot figure out why Chrissy Amphlett and the Divinyls stalled in the US.

“They went there with a major label behind them, a smoking-hot lead singer with an immediately identifiable voice and every expectation they would be the next Heart, The Pretenders or Blondie even.”

That failure to launch nearly bankrupted them, but I Touch Myself transformed their fortunes.

“Chrissie took a joke of a song and turned it into a f‑‑‑‑ anthem at a time when any female performer who was being confidently sexual, like Madonna, was being slut-shamed.

“And the sad, but somewhat inspiring, coda is that it then became the anthem for breast cancer prevention, the disease that felled Chrissie, along with her MS.”

Took the Children Away, Archie Roach, 1990

“I had been vaguely aware, as a middle-class South Australian white person, of the land rights conversation, mostly through Midnight Oil, but I still remember the first time I heard Took the Children Away on community radio and it hit me like a punch in the gut,” Street says.

“It changed the national conversation. It was literally the first time I’d ever heard of the Stolen Generation, which wasn’t taught in schools at that point. In three minutes he tells you a whole period of history you wish didn’t happen.”

“It neatly brings the underground and the overground together,” Street says of this unlikely duet on Murder Ballads.

“This was pre-mobile phones, so they’d leave messages for each other with their mums. I have this vision of Nick ringing up, ‘Hi Mrs Minogue, is Kylie there?'”

The Long and Winding Way to the Top, by Andrew P Street, is published on November 22 by Allen & Unwin.