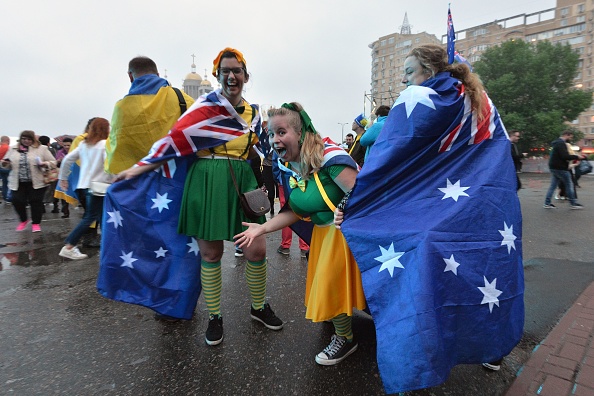 It will be the fourth year Australia will have participated in the competition. Photo: AFP/Getty

Australia has once again secured a place in the 2018 Eurovision Song Contest which is set to be held in Lisbon, Portugal, SBS has confirmed.

It will mark Australia’s fourth year of competing in the event, following a remarkable record of three top 10 finishes.

Guy Sebastian came in fifth in 2015, Dami Im came second in 2016, and Isaiah Firebrace came ninth in the 2017 contest, which was held earlier this year in Kiev, Ukraine.

Eurovision will be broadcast on SBS in May 2018, and will be hosted by Myf Warhurst and Joel Creasey, returning after their debut as hosts and commentators at the 2017 contest.

“SBS is proud to secure Australia’s return as competitors in the Eurovision Song Contest for the fourth year, as the country’s unique affection and passion for Eurovision continues to grow,” SBS managing director Michael Ebeid said.

This will be the first time the competition has been held in Portugal, with Salvador Sobral’s 2017 win the country’s first in their 53 years of competing.

There is no word yet on who will represent Australia in the talent competition, which amasses hundreds of millions of viewers each year.

Australians have already taken to Twitter to celebrate the news and put forth their picks as to who should represent the nation.

Among the suggestions are Shannon Noll, The Veronicas and John Farnham.

I don't want @LeeLinChinSBS to host Eurovision. I want her to perform in it as Australia's entrant. https://t.co/TJCVnTrXfU

Australia announced as Eurovision 2018 Contestants. With #JohnFarnham as our man, we may have a chance! #johnfarnhamforeurovision #thevoice