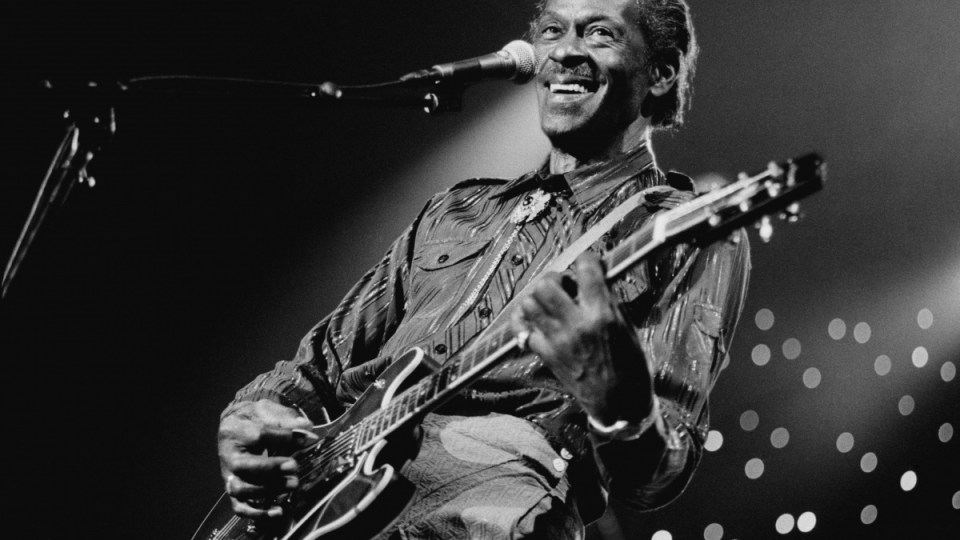 “All of us are footnotes to the words of Chuck Berry,” according to Leonard Cohen.

Or to put it another way, Chuck Berry, who died on Sunday (AEST) at the age of 90, was unquestionably the architect of rock music as we know it and the survivor of a life of personal demons and racism.

Born Charles Edward Anderson Berry on October 18, 1926, in St Louis, Missouri, his father was a contractor and lay pastor and his mother was a high school principal.

His sister was devoted to classical music and Berry was enrolled in a good, if segregated, school. That was before he was convicted of armed robbery and spent three years in reform school.

On release, Berry took up hairdressing. Meanwhile, playing local bars he developed his singular sound – playing the guitar like a boogie woogie piano and stretching key notes. There were traces of gospel, jazz and country in his blues songs.

Berry visited Chess Records in Chicago in 1955 and cut his song Maybellene about two cars racing each other. It became a smash hit, peaking that September at No.5.

An impeccable session band and a song that detailed the new consumer culture was part of Berry’s blueprint.

His rare knack for character and narrative in songs, witty wordplay and hot guitar playing were the other parts. Songs like Roll Over Beethoven defined the new youth culture.

The list of Berry’s classics is staggering: Rock ‘n’ Roll Music, You Can’t Catch Me, Sweet Little Sixteen, Johnny B Goode, Around and Around, School Days, Nadine, Too Much Monkey Business, Promised Land and dozens more.

At least one Berry song was covered by every major artist from the 1950s to the 1970s, from the Beatles and Rolling Stones down. Unfortunately, the revenue from the songs went to white people and little or none flowed to the artist.

In 1959, Berry was convicted on morals charges and sentenced to five years’ jail. He believed, with justification, that he was a victim of racism.

As he left jail in 1964 the Beatles, the Animals, the Beach Boys and Stones were putting his songs on the charts.

In the late 1960s a revival in early rock and roll led to the LP The London Chuck Berry Sessions (1972) which contained his “blue” song My Ding A Ling. Berry’s worst song was his one and only million seller.

After two stints in jail, losing his publishing and being the victim of decades of white promoters, Berry was a hard man in the 1970s.

He toured using pick-up bands in each town. In Australia he was backed by Daddy Cool and the Angels. His routine was to wait backstage until his fee was delivered in cash and then he went on, met the band on stage, expected they knew his work, delivered the show, with signature duck walk dance and then he left with cash.

In 1979, Berry pled guilty to tax evasion and spent four months in jail.

Later came the final scandal when it was discovered that he had placed hidden cameras in the toilets of his restaurant.

He was sued in a class action that cost him a settlement of $1.2 million and led to a bust for marijuana possession.

Through it all his reputation remained. Keith Richards produced the tribute film to Berry titled Hail! Hail! Rock ‘n’ Roll which consists mostly of the subject being rude or difficult to the Rolling Stone.

In the 21st century ill health forced him to slow to playing once a month at his restaurant Blueberry Hill. He recently announced the completion of his first album in some decades. Its title: Chuck.