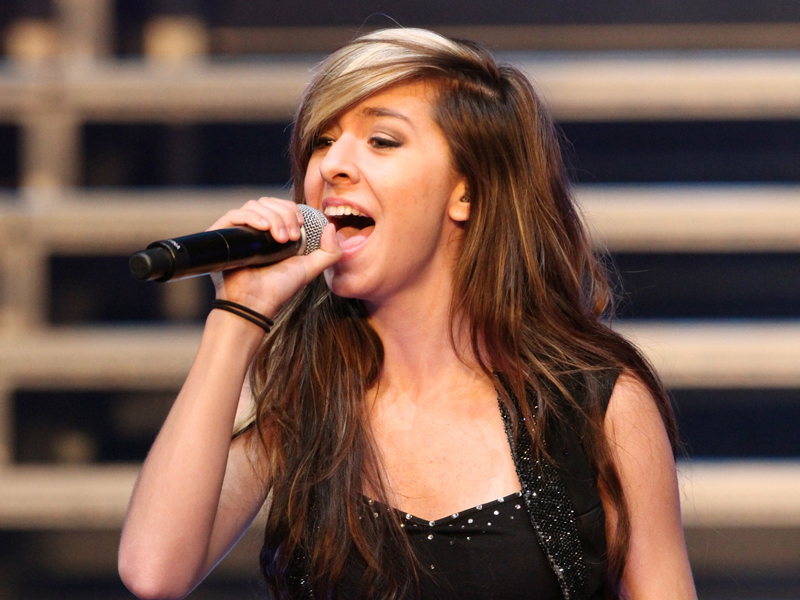 Christina Grimmie, a rising singing star from TV’s The Voice, has died after being shot while signing autographs in Orlando.

The suspected attacker, 27-year-old Kevin James Loibl, died of a self-inflicted gunshot wound after he was tackled by the 22-year-old singer’s brother.

Authorities believe the suspect travelled to Orlando to carry out the attack on Friday evening. They said he had two loaded handguns, additional ammunition and a hunting knife.

Orlando Police Chief John Mina told reporters the suspect did not appear to have a criminal record and there was no indication he and Grimmie knew each other. Mina said it appeared he may have been a deranged fan.

“That’d be speculation, but that’s what it’s looking like. We believe he came here to commit this crime,” he said when asked about the possibility.

Detectives will search the suspect’s home, mobile phone and computer before releasing further information, he added.

Grimmie was signing autographs for fans inside the Plaza Live concert hall at the time of the shooting after appearing as the opening act for the band Before You Exit.

The suspect approached Grimmie and opened fire. He was then rushed by the singer’s brother.

“Her brother, Marcus, is a hero and possibly saved countless other lives. He is not injured,” Orlando police said in a statement, adding that there were about 120 people at the venue at the time of the attack.

Grimmie was taken to a local hospital in critical condition and died early on Saturday morning. The suspect died at the scene of the shooting.

Although patrons had their bags and purses checked for weapons at the venue, there were no metal detectors and the security guards were unarmed, Mina said.

The latest high-profile shooting to rock the country drew a quick response from anti-gun activists.

“While the details of this shooting are still being investigated, one thing we already know is that there is so much more Florida policymakers can do to prevent gun violence and keep guns out of dangerous hands,” said Dan Gross, the president of the Brady Campaign to Prevent Gun Violence.

A New Jersey native, Grimmie first gained attention several years ago for her YouTube videos featuring covers of pop songs, which drew millions of views. In 2014, she placed third on the The Voice, a singing competition broadcast on NBC.

Fans took to social media to express their sorrow, with the hashtag #RIPChristina trending on Twitter.

“There are no words,” tweeted The Voice early on Saturday.

“We lost a beautiful soul with an amazing voice.”

Grimmie’s account tweeted a simple message on Saturday morning: “The end”. The post was retweeted more than 65,000 times within an hour.

Disease concern for survivors of Afghanistan earthquake
Steve Smith confirmed as starter for first Test against Sri Lanka
Matildas will be keen to forget 7-0 drubbing by Spain
Upcoming stats will reveal where and how hard rates are hitting economy
Victorian MPs pocket a tidy 2.75 per cent pay raise
Reserve Bank review isn’t a ‘get the governor’ exercise: Jim Chalmers
Beyonce accused of plagiarism for Lemonade video
Today's Stories