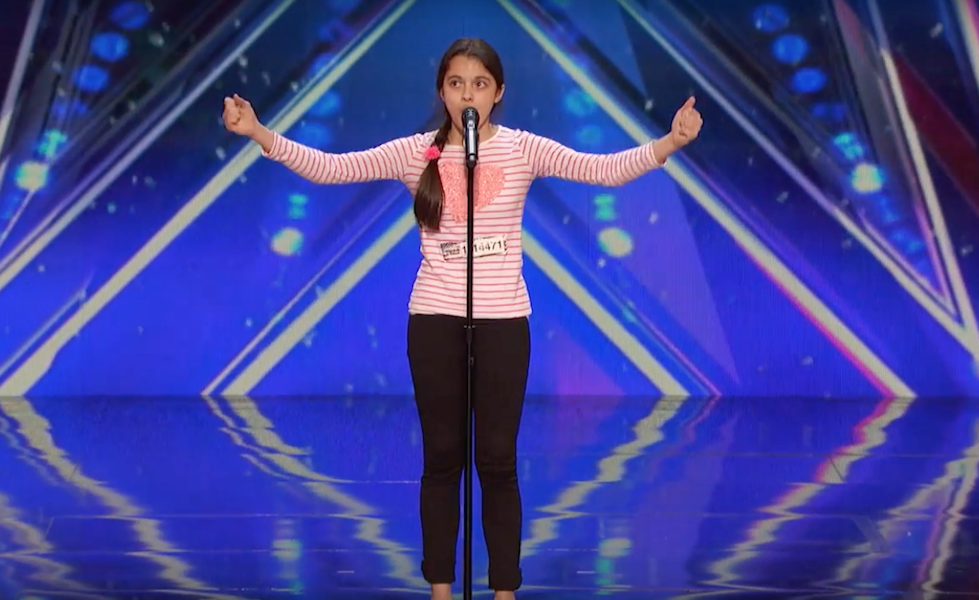 A 13-year-old with the voice of a professional opera singer has stolen the show on reality talent show America’s Got Talent.

In her pre-performance interview, Bretan said she was nervous to face judge Simon Cowell in case she made a mistake in her audition.

“If he doesn’t like you, he will tell you the truth,” Bretan said. “Truth hurts, you know!”

However, after Bretan’s stunning performance, Cowell was in awe.

“That just happened. I have never heard anything like that in all the years I’ve been doing this show. Seriously,” he said.

“It was unbelievable. What made it even better is the fact that you are such as sweet person. So humble. Not even aware of how amazing you are.”

“Thank you so much for coming on this show.”

Judge Mel B took the praise a step further by hitting the show’s golden buzzer – a rare honour bestowed that allows the contestant to skip follow-up auditions and go straight to the live rounds.

“What just happened?” Bretan said after she left the stage. “This has been a dream come true.”

Watch the performance below.

Hear the 13yo who left Simon Cowell speechless