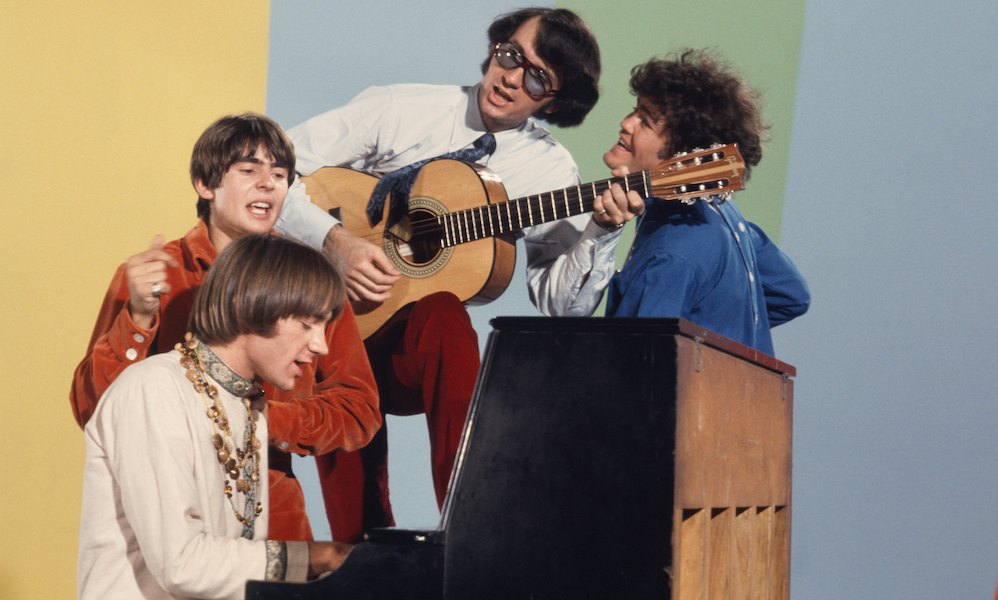 When ‘Last Train to Clarksville’ burst onto the charts in August of 1966 not many people would have predicted The Monkees of all bands would go on to release one of the most critically acclaimed albums of 2016.

In the wake of Beatlemania and the film A Hard Day’s Night, independent Hollywood filmmakers Bob Rafaelson and Burt Schneider created The Monkees TV show and then cast actor/musicians (Mickey Dolenz, Peter Tork, Mike Nesmith, Davy Jones) to be the fictional group.

It couldn’t have gone better – four of the first five singles were number one hits. After two albums of extraordinary pop music there were rumblings that The Monkees were not “authentic”. Unkind critics dubbed them the “Pre-Fab Four”. Prior to 1967 ‘authenticity’ had no place in rock but suddenly it mattered.

The Monkees refused to be bowed – they demanded to write and play on their own records and to everyone’s surprise, the hits continued nonetheless. Their third album Headquarters was the first ever country-rock record. They went from patsy to pioneer in the space of a year.

Still, the pressures of credibility forced out first Peter Tork and then Mike Nesmith and by 1971 The Monkees were left out in the rain like an abandoned cuddly toy. The music never went away though. The Sex Pistols covered ‘I’m A Believer’ and the guitar and Vox organ sound of The Monkees was much imitated by the New Wave bands of the ‘70s and ‘80s.

By 1986, The Monkees were back on the road – usually only three at a time – and they have variously remained active. When singer Davy Jones died of a heart attack in 2012, Nesmith went on tour. Tork and Dolenz are currently touring America and the surviving three may add more dates.

With The Monkees’ 50th anniversary approaching, their label Rhino committed to making a new album that utilised the best new songwriters and pulled together interesting artefacts.

Good Times! also features Davy Jones on an unfinished demo of Neil Diamond’s ‘Love to Love’ and new songs by both Tork and Nesmith. The title track was written by Harry Nilsson with Nesmith on guitar. Dolenz, who was a close friend of Nilsson’s, added a vocal turning it into a virtual duet between the two pals.

“It was unfinished, but there was a killer vocal by Harry, who was a very, very dear friend of mine,” Dolenz said recently. “I just said, ‘Oh my God, I can do a duet with Harry Nilsson?’ Everybody got really fired up about that.”

As with their first recordings, Dolenz, Tork and Nesmith were not at most of the sessions. There was little need as the writers and musicians were already devoted to The Monkees sound. Emo superstar Gibbard said “with zero hyperbole” that having Dolenz and Nesmith duet on ‘Me & Magdalena’ was, “the greatest honour of my career”.

“I’m not a big music listener outside of Frank Sinatra during martini hour,” Dolenz explained. “But I began doing research and I realized that the whole indie rock scene is all about recapturing that 1960s jangly guitar sound of The Monkees, amongst other groups, of course. They’re all keeping with our sensibility.

“I just keep calling it ‘that jangly guitar pop sound’, though I used to call it ‘progressive bubblegum.'”

Listen to The Monkees’ new song ‘Me and Magdalena’ from their album Good Times.