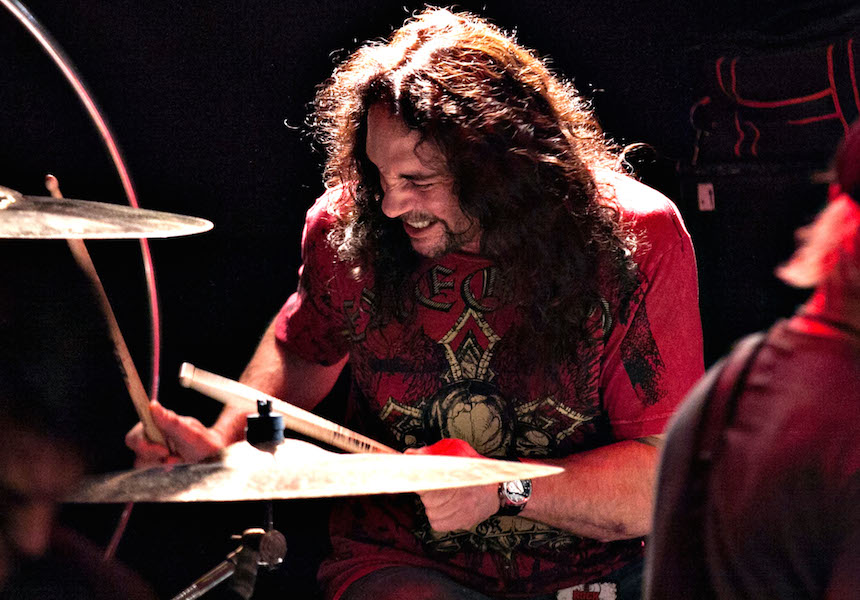 Nick Menza, the former drummer of popular heavy-metal band Megadeath, has died after collapsing mid-performance at a club in Los Angeles.

The 51-year-old was three songs into a set with his progressive jazz trio OHM when he died of a suspected massive heart attack, a family spokesperson told the Associated Press.

Audience members and friends of Menza were forced to administer first aid until paramedics arrived.

Menza performed with Megadeth for nine years and recorded five albums with the band, making him its longest-serving drummer.

He left Megadeth in 1998 to pursue jazz and woodwork.

Megadeth founder and frontman Dave Mustaine took to Twitter to express his shock at Menza’s passing.

“TELL ME THIS ISN’T TRUE! I woke at 4 AM to hear Nick Menza  passed away on 5/21 playing his drums w/Ohm at the Baked Potato,” Mustaine tweeted.

Menza is survived by his parents and two sons.