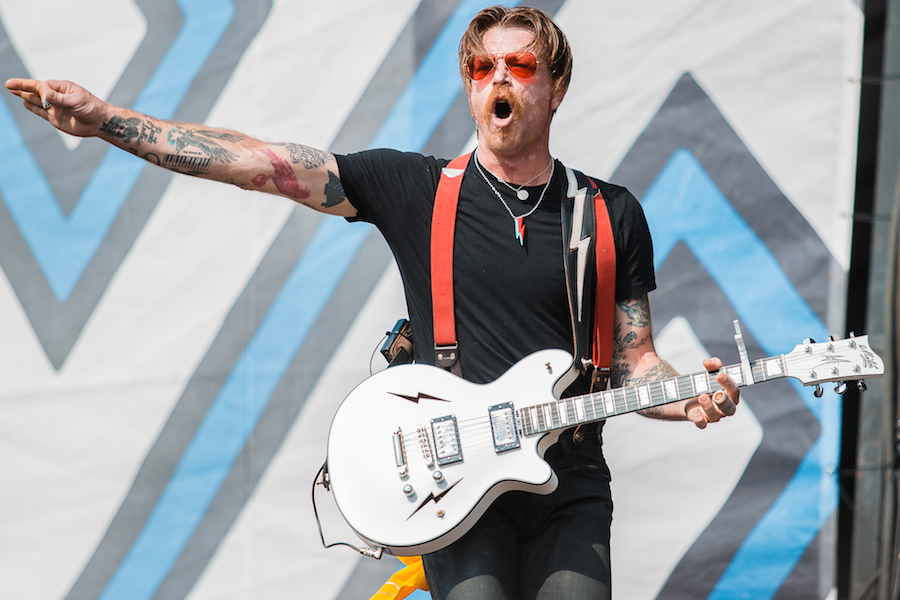 The American band whose November 2015 concert at the Bataclan music hall in Paris was hijacked by ISIL terrorists has been barred from performing at two music festivals in France.

Two of Eagles of Death Metal’s upcoming appearances have been cancelled in reaction to comments by the band’s frontman regarding the tragic attack, which claimed 89 lives in the Bataclan alone.

The Rock en Seine concert in Paris and the Cabaret Vert festival in northern France said in a statement they are “in total disagreement with Jesse Hughes’ recent allegations” regarding the perpetrators of the attacks.

Hughes, the frontman of EODM, has been outspoken in the media following the bloodbath that occurred when suicide bombers stormed the band’s November 13 concert as part of near-simultaneous attacks in Paris.

In March, Hughes suggested that Bataclan security personnel were complicit in the Paris terror attacks.

After substantial public outcry, he then issued a contrite apology, saying his ill-conceived words came from a place of trauma.

However, last week Hughes reiterated his views in an interview with US online Taki’s Magazine.

“There’s no denying the terrorists were already inside, and they had to get in somehow,” Hughes said.

“During the shooting I went outside and the backstage door was propped open. How did that happen?”

“There were two girls who were involved. They were at the venue and vanished before the shooting, and these women were in traditional Muslim garb,” Hughes said. “They knew people wouldn’t check them because of the way they were dressed.”

Hughes also alleged a conspiracy among French Muslims, saying, “I saw Muslims celebrating in the street during the attack. I saw it with my own eyes. In real time! How did they know what was going on? There must have been coordination.”

“Being in total disagreement with Jesse Hughes’ recent allegations given in an [interview] with an American media, both Cabaret Vert & Rock en Seine festivals have decided to cancel the band’s performance,” the festivals announced.

“We thank you for your understanding.”