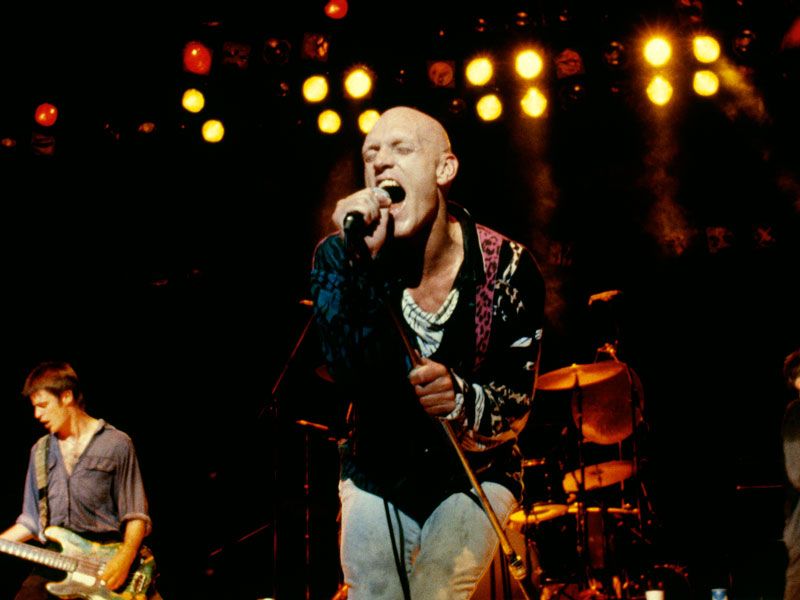 “The songs are reflections of turbulent decades on the rack, and the people and things that meant the most to me,” says Peter Garrett of his first solo album A Version of Now.

The former Midnight Oil singer, environmental activist and ALP minister admits to being as surprised as anyone that he has returned to music after Midnight Oil split in 2002.

Garrett spontaneously picked up the guitar while working on his memoir, Big Blue Sky, last year.

“As I was finishing my memoir, melodies and lines kept dropping into my head and, big surprise, I ended up writing a few songs,” the singer explained.

“Once these tunes were out in the sunlight I decided I might as well jump into a studio and record what I had along with a few other bits and pieces I’d always liked.”

While Midnight Oil songs were usually based around issues, Garrett as a solo artist is more free, even to the extent of writing love songs.

“I switched off my brain and switched on my emotional heart for music,” he said.

He touches on most of the experiences including his time in politics here in song – perhaps at 63, he finally feels like he can be candid as he hasn’t in the past.

A Vision of Now was recorded in Sydney in January with producer Burke Reid, best known for producing Courtney Barnett.

The small band was made up of Mark Wilson (Jet) on bass, RockWiz drummer Pete Luscombe, Heather Shannon (the Jezabels) and guitarist Jamie Hutchings (Bluebottle Kiss). Midnight Oil guitarist Martin Rotsey was also along for the ride.

Garrett’s daughters – Emily, May and Grace – provided backing vocals and some instrumental help. The singer describes the nine-song record as “simple songs for tricky times”.

The album is also a testament to the healing power of music. His turbulent portfolios, first under Kevin Rudd (whom he found dysfunctional) and then under Julia Gillard, forcing the Gonski reforms through meant that the drive from home in Sydney to Canberra was often quite emotional.

It was on these drives that he would pump up the FM radio and sing along to cheesy power ballads. The music, no matter how sappy, filled a void created by the most poisonous workplace in the country.

“When you open up your lungs, something good happens,” he said. “And I needed that.”

Throughout his career as singer of Midnight Oil, Garrett was obsessed with strategy and meaning. He seems positive flabbergasted by the ease with which A Vision of Now has come together.

Garrett is keen to get out and play live, preferably with the musicians who played on this album.

Midnight Oil: where are they now?

The other members of Midnight Oil have all been busy.

Drummer Rob Hirst and guitarist Jim Moginie with Martin Rotsey have a surf group among a myriad of different projects, Hirst has just released an album with pal Sean Sennett that is about to tour. Nonetheless, the Oils have been talking and hope to start a world tour in about 12 months’ time.

“The thought that the Oils can be out on stage together again and playing again is a big thought to me,” Garrett said.

“We don’t know quite what it will turn out to be but I think everyone just really gets that as a band we have kept that thing that made us Midnight Oil.

“We enjoy it when we get together and make music together, we make that sound. That’s pretty special to have that after all this time.”

For someone who always disparaged their voice, Garrett has taken control of his, reducing the harshness and providing some nuance. The first single, Tall Trees, is out now and the album arrives on July 15.

Listen to Tall Trees below:

‘I am not afraid’: The modern unknown soldier risks it all in Ukraine
Greens sign up for Labor’s looming jobs-and-skills summit as Liberals stick with boycott
Joe Biden’s $430b green victory for the environment
China cementing its Thailand ties with joint military exercises
NRL: Titans frantic to end 10-game losing streak as Manly showdown looms
AFL: Western Bulldogs cling to finals hopes after GWS thriller
Dami Im set to cash in from Eurovision turn
Today's Stories