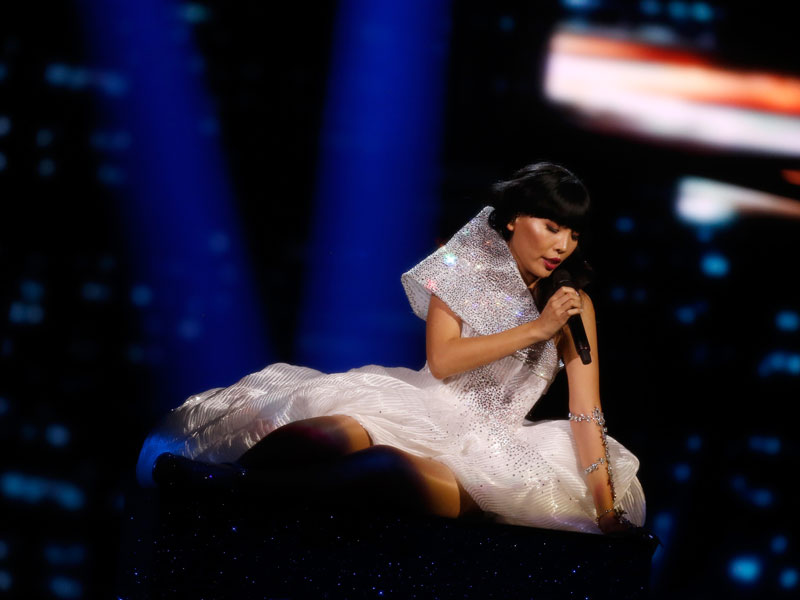 Australia has taken silver at Eurovision 2016, beaten by one of the contest’s most controversial winners in its six-decade history.

For a few blissful moments, Australia appeared to have won the 61st Eurovision Song Contest in Stockholm, Sweden – only our second attendance. Then reality hit, in the form of Ukraine.

Australia emerged as the clear favourite in the first round of votes, and won a clear majority of the expert jury votes 320 to Ukraine’s 211. But Ukrainian songstress Jamala snarred a narrow victory, 534 points to 511, thanks to the addition of public televotes in the second round.

Europeans took on the role of Australia’s proud mum after the results were beamed to the world, with one clear message – we were robbed. It was a feeling echoed in Australia, with one online commenter declaring “outrage” at the “fixed” competition.

Another said: “Dami is way too nice, sweet, and humble to voice up but I’m not afraid to say something. Australia got robbed big time.”

Eurovision makes a strong point about distancing itself from political motivations, which made the winner a controversial choice.

Jamala sang 1944, a song about tensions between the Ukraine and its larger, more dominant neighbour Russia in World War II.

The lyrics alluded to strangers coming to “kill you all”, saying “we’re not guilty”, a reference to the deportation of ethnic Tatars from Crimea by former Soviet leader Josef Stalin.

Event organiser, the European Broadcasting Union, ruled 1944 did not contain political speech, although some commentators drew parallels with Russia’s 2014 annexation of Crimea.

The tensions clouded the lead-up to 2016 Eurovision, with the head of Ukrainian broadcaster Zurab Alasania declaring his country would not take part next year if Russia won.

‘A new level of excitement’

A new voting system was introduced in 2016, after years of the old system revealing the competition’s winner long before the final votes were published.

Each country participating in Eurovision has two chances to vote – via a public televote and a jury of music industry professionals.

Previously, these votes were combined and announced at the same time by that country’s spokesperson. But in 2016, they were announced separately.

First were the votes from the professional jury (for Australia this role was filled by Monica Trapaga, Shannon Noll, Craig Porteils, James Mathison and Myf Warhurst). Their 10 scores, given point values of 1-8 and 10 and 12, were announced lowest to highest by the spokesperson (Australia’s was Lee Lin Chin).

Later, the public televotes of all 43 participating countries were combined and announced, starting with the country that received the least public votes to the most.

The changes would “add a new level of excitement … building toward a guaranteed climax”, according to Eurovision.

The difference between the Ukraine and Australia in total public votes was big enough that by the end, the eastern European country was well ahead.

The moment we thought we had it in the bag… #JusticeForAustralia pic.twitter.com/deh8sQlB0n