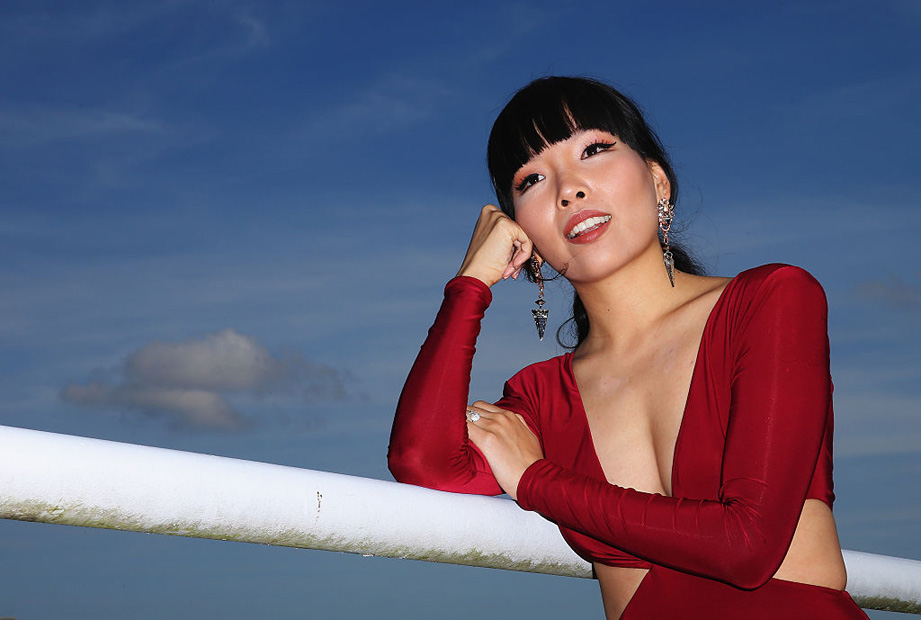 Dressed in a glittering white gown, the 27-year-old Brisbane-based singer performed her song ‘Sound of Silence’ at the Globe Arena in the Swedish capital on Wednesday night.

Wednesday night’s performance by 18 contestants was watched by five-person juries of music professionals from each competing country.

The jury’s ranking of the performances will count for 50 per cent of the semi-final outcome, with the other half determined by Eurovision fans voting by phone or SMS for their favourite songs on the night.

Fans and jury members cannot vote for their own country’s entrant.

Other online polling and betting sites show her sitting between third and fifth favourite.

But Spotify’s lead streaming song is Sweden’s entry ‘If I Were Sorry’, with over 30 million streams globally, followed by France, Russia, Spain then Australia.

Australia’s Sportsbet site has Im coming in second in her semi-final, just behind Ukraine, but places her seventh in the final behind Russia, Ukraine, France, Sweden, Armenia and Malta.

Im’s song has the backing of a seasoned Eurovision veteran in the show’s technical director Ola Melzig, a Swede who has directed the show 12 times.

Blink TV’s Paul Clarke, the Australian head of delegation for SBS Eurovision, told AAP that Im was one of five who could win the contest.

He said Russia’s production design was very impressive but Im had the ability to connect with people emotionally.

“When the spotlight falls on her I hope people can see what a big heart she has and what a lightning rod of emotion she is as a performer.

“We couldn’t be more proud of her.”

Last year Australia was given a wild card spot, with entrant Guy Sebastian coming fifth with his song ‘Tonight Again’, which is still played on Swedish radio stations.

The Aussie who is a Eurovision favourite