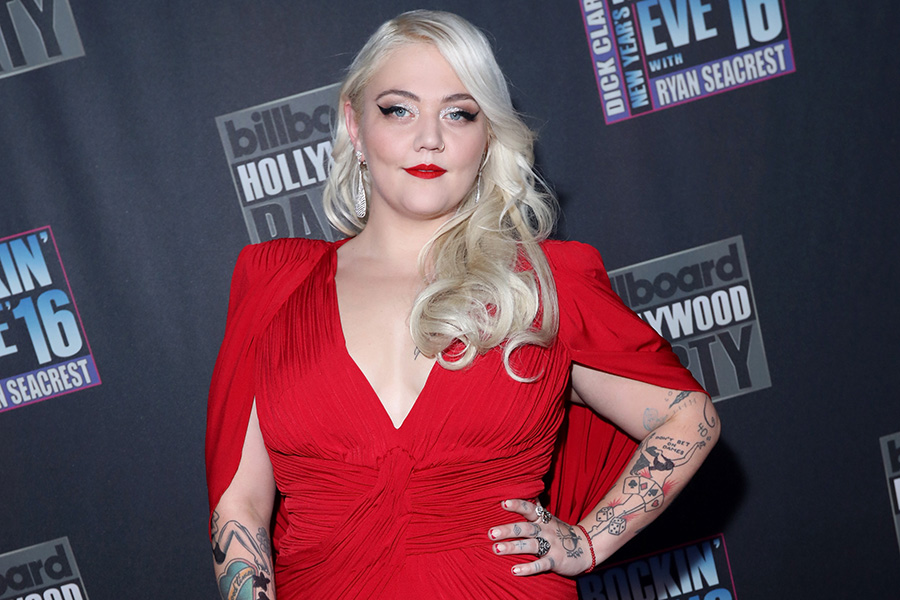 Elle King’s sultry blues single Ex’s & Oh’s is storming up the ARIA charts hitting number 14 this week, but there’s something you might not know about the 26-year-old rocker.

Her father is none other than early 2000s comedy favourite Rob Schneider.

Yes, the same man who starred in Deuce Bigalow: Male Gigolo and a series of Adam Sandler films also produced a woman who can belt out songs like this:

In fact, King is no doubt one of Schneider’s greatest achievements, because the raspy-voiced rocker is getting rave reviews from music aficionados around the world.

So much so, that she received two Grammy nominations for Ex’s & Oh’s – Best Rock Performance and Best Rock Song.

Rolling Stone named King one of the “10 new artists you need to know” in September 2015, and praised her achievement of being just the third female solo artist to reach number one on the Billboard Alternative Chart.

That puts King in the rarified company of Lorde and Tracy Bonham.

But she is no one-hit wonder. To support the powerful and folksy tune, King also released her impressive debut album Love Stuff in 2015.

Highlights of the album include the heavy beat-driven anthem America’s Sweetheart and LP opener Where the Devil Don’t Go, which showcases King’s country sensibilities.

She is currently touring her album and in the past has opened for some big music names including Ed Sheeran, Modest Mouse, Train and Of Monsters and Men.

Born to perform, just not with a banjo

King comes from solid showbiz stock. In addition to her father, her mother, London King, has also done some acting and was once a model.

London King and Schneider split up after a two-year marriage in 1990. The former later married Justin Tesa, the man who Elle King credits for inspiring her music career.

“I am only a musician because of him,” King told ABC News of her stepdad.

“I think that it was something that was inside of me, but he saw that and he definitely nurtured it and pushed me to, you know, dig deeper into music and step outside of things that were beyond just pop culture and, uh, learn about good rock and roll.

“And still, to this day, I mean maybe once a month, he still sends me like a mix of new music that I need to listen to.”

King said she took her mother’s surname because she wanted to be known as her own person, rather than her father’s daughter.

“But I worked really hard and I did everything myself and I took a name that … is my mother’s name … I took that name because I wanted to be myself.

“And, yeah, people know who my dad is … but I think that my voice and my music speaks for itself – that I am my own person.”

And for that, Schneider could not be more happy for his offspring.

“She did it all on her own, she really did,” Schneider said on The Meredith Vieira Show.

“That’s why she wanted to have her own name, because it’s tough being the kid of a famous person. But she did it on her own, I’m really proud if her.”

Could she be more famous and successful than him one day?

“[That’s] the cutest thing ever, because you know you’re a dad and you pay for things her whole life,” Schneider said.

Meanwhile, Schneider is still working – his latest project is a reality-television-style mockumentary of his own life called Real Rob which screens on Netflix.

Part comedy routine and part improv-based, Schneider is followed around day-to-day by a film crew in the series that pokes fun at the actor’s life.

The eight-part series began streaming on December 1 last year and is available on Netflix Australia.

Check out a scene from Real Rob below (warning, adult themes): This rising rock star has a father who’ll surprise you