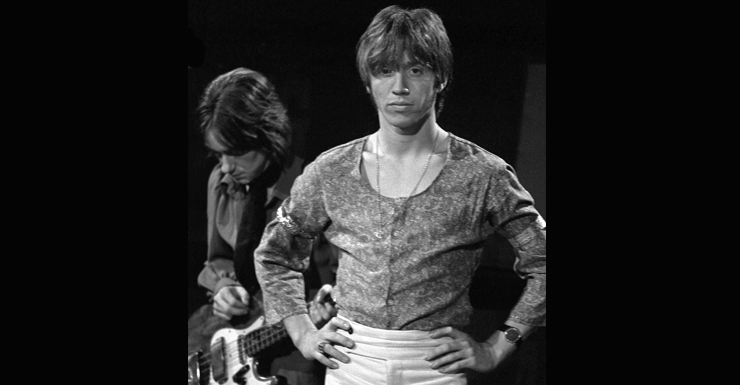 Stevie Wright, who fronted the band The Easybeats in the 1960s and is widely regarded as Australia’s first international pop star, has died at the age of 68.

The Noise11 music website reported that the ARIA Hall of Famer became ill on Boxing Day and was taken to Moruya Hospital on the NSW south coast where he died on Sunday night.

Rock historian Glenn A Baker confirmed to radio station 6PR he had been informed of the rock legend’s death.

Wright, who was also known as Little Stevie, was the lead singer of The Easybeats, regarded as the greatest Australian pop band of the 1960s.

Their song Friday On My Mind was a number-one hit in Australia, number six in Britain and made the top 20 in the US.

The song was later covered by David Bowie on his Pin-Ups album.

The Easybeats broke up in 1969 and Wright became a top solo artist with his epic song Evie.

But he went on to battle drug and alcohol addiction for two decades.

In 2005 he was inducted into the ARIA Hall of Fame for his success with The Easybeats.

He last performed at the Legends of Rock Festival at Byron Bay in 2009.

News of his death prompted tributes on social media.

‘Goodbye to a man who faced his demons and won,’ tweeted one fan.

‘Sorry indeed. So much the soundtrack of my youth and so influential on this country’s musical path. RIP Stevie,’ another wrote.

Musician Donna G wrote: “Vale Stevie Wright, a true Australian Rock Icon. Man, we will never forget you. Thank you for everything! Rest in peace, legend.”