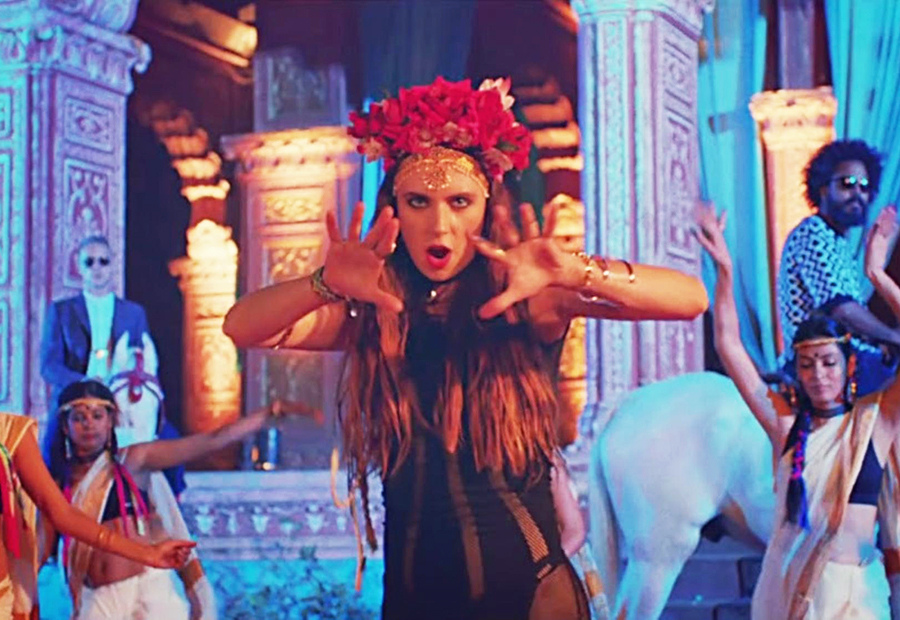 The Triple J Hottest 100 countdown is an Australia Day institution for millions of music lovers, as synonymous with our official national day as barbecues, beers and sunburn.

Triple J was widely panned for its perceived arbitrary musical snobbery – many mainstream artists and chart-toppers gain airplay on the station – but a similar firestorm appears unlikely this year … unless Adele’s army of fans rally to get the record-smashing Hello included.

The 2015 countdown still holds plenty of intrigue, however, as collaborations, synth-driven hip-hop and R&B, and crooning hipsters look set to dominate the poll for the second straight year. Rock music is again on the outer, with guitars unlikely to feature inside the top 10.

Homegrown talent traditionally performs well on Hottest 100 day – Australian artists occupied seven of the top 10 spots in 2014, amongst a record 59 Australian entries overall – but overseas acts are being tipped to take the major spoils this year.

Americans have been conspicuous by their absence from the top 10 in recent times; Bruno Mars, who featured on Mark Ronson’s No.6 place-getter Uptown Funk, was the only stateside artist to breach the top 10 last year, while Pharrell (featuring on Daft Punk’s Get Lucky) and Lana Del Rey (Young and Beautiful) flew the stars and stripes highest in 2013.

But the USA is on track for a comeback next month with Major Lazer, Macklemore & Ryan Lewis and Kendrick Lamar favoured to poll well, while Canadian rappers Drake and The Weeknd are also right in the mix for the crown.

With a little help from the bookies, we’ve put together a rundown on how you can expect the 2015 Triple J Hottest 100 countdown to unfold.

Genre-jumping electronic collective Major Lazer came in at No. 6 in the 2012 countdown with Get Free, but the Diplo-led group are favourites for top spot this year after teaming up with French producer DJ Snake and Danish vocalist MØ for 2015’s most ubiquitous single. A chart-topper in Australia, New Zealand and a stack of European countries, Spotify announced Lean On as the most streamed song of all time, with over 500 million streams globally. Major Lazer is in line for another high-ranking entry with Powerful, which features Ellie Goulding and Taurus Riley.

Marcus Marr and Chet Faker – The Trouble With Us

Melbourne’s Chet Faker, who took out the 2014 Hottest 100 crown with Talk Is Cheap, will become just the second artist after Powderfinger (1999-2000) to top the poll in consecutive years if his funky collaboration with English producer Marcus Marr can edge out Lean On. The Hottest 100 race always has room for a late charger, and The Trouble With Us has been massively popular since debuting in October. Faker earned three top 10 placings last year with Talk Is Cheap, Gold and 1998.

The Weeknd – Can’t Feel My Face

Rising to prominence in recent years following support from compatriot Drake, alternative R&B powerhouse The Weeknd – real name Abel Tesfaye – has racked up over 350 million streams on Spotify for the Michael Jackson-esque Can’t Feel My Face. The pop gem topped the US Billboard charts and reached No. 2 in the ARIA charts here, while the Canadian boasts another top 10 chance with The Hills.

Seattle duo Macklemore & Ryan Lewis snared the No.1 spot in 2012 with Thrift Shop as novelty won out over quality for the first time since The Offspring’s Pretty Fly (For A White Guy) triumphed in 1998. It has barely been played on Triple J since. The presence of hip-hop pioneers Melle Mel, Kool Moe Dee and Grandmaster Caz – along with Foxy Shazam vocalist Eric Nally, a curious glam-influenced addition – makes Downtown only slightly less disposable. At least the video is entertaining.

Jarryd James – Do You Remember?

Among the few genuine Australian hopes in this year’s race for top billing, Brisbane native Jarryd James’ debut single was produced by Joel Little, who is better known for pushing the buttons for Lorde and Broods. The soulful Do You Remember? is one of three tracks by James likely to challenge for the top 20, along with Regardless, which features Julia Stone, and Give Me Something.

Menangle alt-rock five-piece The Rubens last featured in the countdown three years ago when My Gun reached No.10 – but they’re not exactly filling the 2015 guitar music vacuum with Hoops, a melodic, soul-tinged ditty. Hallelujah is considerably more rocking, but too middle-of-the-road to make a major impression on the Hottest 100.

The preeminent force in hip-hop today, Kendrick Lamar came out with all guns blazing in the standout single from To Pimp A Butterfly, the feverishly anticipated follow-up to his brilliant breakthrough LP good kid, m.A.A.d. city. Lamar takes the traditional hip hop route with King Kunta, a cocky, boastful track that calls out his contemporaries – and considerably more upbeat than introspective good kid… hits Bitch, Don’t Kill My Vibe and Swimming Pools (Drank); the latter coming in at No. 71 in the 2012 poll.

Just as notable for the avalanche of hilarious vines and memes Drake’s dancing in the song’s video has inspired, Hotline Bling is nevertheless a big top 10 chance as the standout track from the Canadian rapper’s acclaimed mixtape If You’re Reading This It’s Too Late.

The Perth psych-rock maestros are on target for a handful of entries in the wake of third LP Currents, which took out Album of the Year honours at the ARIAs. Let It Happen is Kevin Parker-led outfit’s best chance of eclipsing their highest Hottest 100 finish to date – No. 7 with Elephant in 2012.

Australia’s reigning electronic kings Peking Duk landed in the No. 2 (High) and No. 5 (Take Me Over) last year, but Say My Name looks like falling short of those dizzying heights.

Kiwi wunderkind Lorde had three entries in the top 15 in 2013 and came in it No.18 last year with Yellow Flicker Beat. Another high-polling effort beckons after contributing the vocals for Disclosure’s moody and infectious Magnets. The English electronic duo is aiming to better the No. 23 it achieved two years ago for When a Fire Starts to Burn.

Vance Joy – Fire and the Flood

Melbourne indie-folkster Vance Joy is unlikely ever to match the runaway success of 2013 winner Riptide, but Fire and the Flood is one of the better songs of a genre that is on the wane if Hottest 100 representation is any gauge.

Florence + the Machine – Ship to Wreck

A chance of breaking the Hottest 100 record with seven entries from the excellent How Big, How Blue, How Beautiful – which would edge out the six tracks from Wolfmother’s eponymous debut that made the cut in 2005 – Ship to Wreck is Florence’s best chance of sneaking into the upper reaches of the countdown.

Rocketing to international attention over the past 12 months, Courtney Barnett’s music has unexpectedly polarised fans in her home country. The Melbourne singer-songwriter’s debut LP Sometimes I Sit and Think, and Sometimes I Just Sit was met by wide critical acclaim and attracted an army of fans, but her success and distinctive style has stirred up detractors almost in equal measure. Tall-poppy syndrome notwithstanding, the crunching Pedestrian at Best is destined to be one of several Courtney Barnett numbers to feature in this year’s poll.

Foals – Mountain At My Gates

Foals have emphatically claimed the Britain’s biggest rock band mantle that Muse surrendered years ago in a flurry of Twilight-related dirge. The Oxford lads ramped up the riffs for fourth LP What Went Down, with Mountain At My Gates and its pulsating crescendo the album’s centrepiece. The equally rollicking title track should also land somewhere in the countdown.

Triple J’s Like a Version segment traditionally produces a few Hottest 100 inclusions, and Thundamentals member Tuka’s take on Angus and Julia Stone’s 2010 poll-topper Big Jet Plane was one of the year’s finest. Tuka enlisted the help of Thelma Plum for this spine-tingling cover.

Renewing the partnership that garnered a No. 65 placing in 2005 with the massive Galvanise, electro veterans The Chemical Brothers and legendary hip-hop MC Q-Tip confirmed age is merely a number via the release of the super-infectious Go in May.

If there was any more evidence needed that rock music is on the slide in 2015, the triumphant return of Blur with The Magic Whip – their first album in 12 years – barely rating a mention in the Hottest 100 stakes confirms it. Lead single Lonesome Street was nevertheless a dazzling comeback from the Britpop icons, who headlined the Splendour in the Grass festival in Byron Bay this year. There’ll be no Prince of Penzance-like upset victory for Blur, but Lonesome Street is a strong chance of being the band’s first entry since Out of Time scraped in at No.98 in 2003.