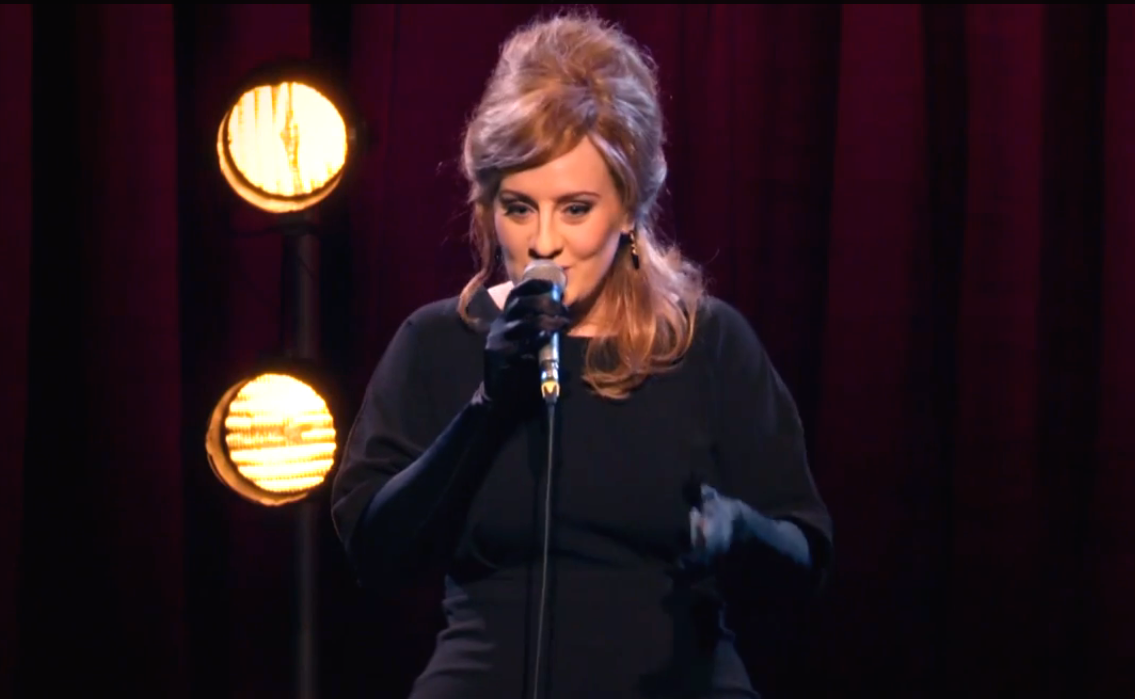 Turns out Adele is nearly as good an actor as she is an award-winning, chart-topping singer.

In a skit for BBC talk show host Graham Norton, the 27-year-old donned a prosthetic nose and chin, heavy makeup and a posh English accent to transform into Jenny – nanny by day, professional Adele impersonator by night.

Adele managed to fool an entire room of super fans-turned-impersonators auditioning for a gig posing as her.

After faking extreme nerves to throw her competitors off, the singer took to the stage and wowed the crowd with her distinct voice, singing a rendition of her hit cover ‘Make You Feel My Love’.

Whilst her performance was note-perfect, the highlight of the hilarious video is definitely the reactions of the starstruck, baffled impersonators.

Partly hilarious and partly touching, their awe and excitement in discovering their idol right in front of them is priceless.

The undercover gig is a favourite prank of famous singers.

Another memorable version was country star Jewel’s 2010 Funny Or Die stunt in which she posed as a shy karaoke performer singing one of her own songs.

The bar full of people took several minutes to realise they weren’t witnessing the best karaoke performance in history but rather an intimate gig from Jewel herself.