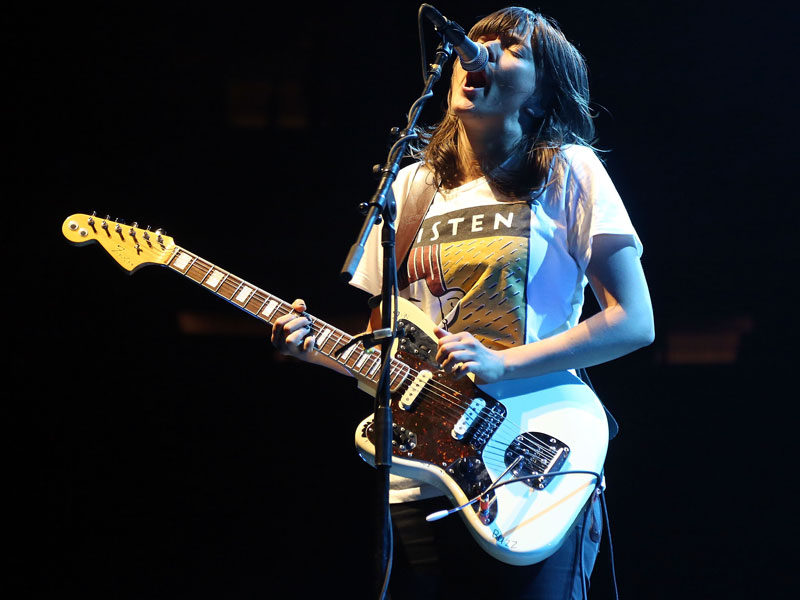 A Melbourne singer-songwriter has been awarded the top accolade in the 11th annual J Awards for an album recorded in just 10 days.

Her full-length debut album, Sometimes I Sit and Think, and Sometimes I Just Sit, was released in March and followed three EPs.

• Which music God has decided to make a comeback?
• US musician sings 600 Aussie town names
• Westlife agrees their music can be torture

“Thanks for @triplej Album Of The Year,” she posted to social media.

“So many rad releases, I’m honoured. Thanks everybody for yer (sic) support and encouragement, love u x.”

The 12-track album was written and composed by Barnett, and peaked at number four on the ARIA charts.

Speaking to triple j, Barnett said she was “very excited and honoured” by the award.

“It’s amazing. It’s a nice feeling for something that you’re not really sure when you write, I guess, how far it’s going to reach and who is going to find it interesting,” she said.

Barnett began her career with a garage grunge band in Melbourne, called Rapid Transit, in 2010.

She established her own record label, Milk! Records in 2012, releasing her debut EP, I’ve Got a Friend called Emily Ferris, under the record label.

Other winners included unearthed artists, Tired Lion, a Perth outfit that performed at Splendour in the Grass in September.

The second ever Double J Australian Artist of the Year award went to Tim Rogers, frontman to rock band You Am I.

The best music video went to emotive electronica artist, Life is Better Blonde, for Mine.

See the clip for Mine below