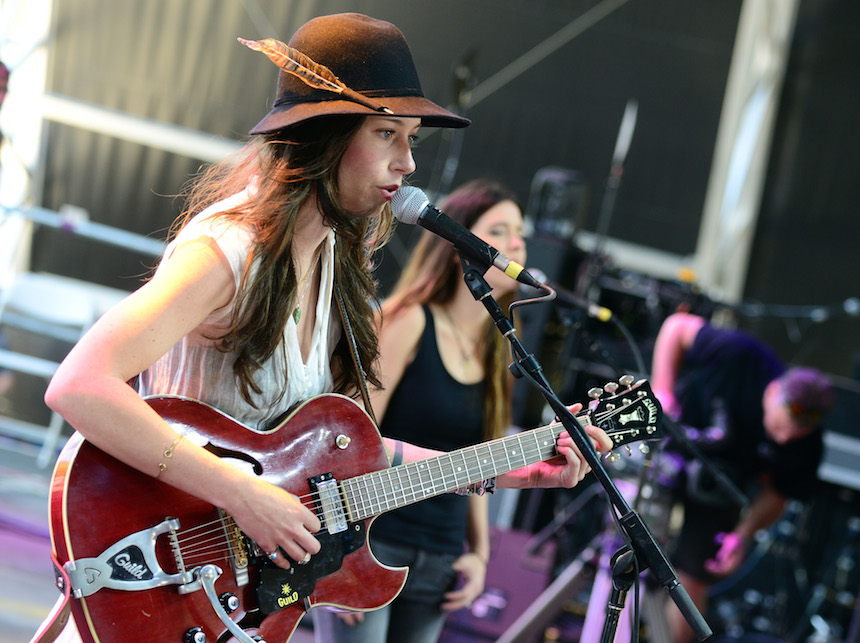 The Only Thing Worth Fighting For by Lera Lynn

The artist: Nashville-based singer-songwriter Lera Lynn is the voice behind the haunting melodies in the latest season of True Detective.

Lynn wrote many of the songs featured on the show in a matter of days, including this track which was featured in a promo for season two.

The song was so popular that, after hundreds of requests on YouTube, HBO was forced to release it online.

Here it is in the season two teaser:

Lynn also appears in the show, playing a down-and-out bar musician who Lynn insists is nothing like her real-life persona.

“I am definitely not playing myself!” she told Vulture.

“They did give me track marks for every shoot. Make-up, dark circles, yellow teeth, cracked lips. They put oil in my hair. The whole nine yards.”

Lynn herself has been around since 2011 and has appeared on The Late Show with David Letterman and won several accolades for her songwriting.

Listen to it when: You’re preparing for a True Detective binge-watching session or just want to wallow in a dark room for a while.

Song of the week: a surprise hit from True Detective