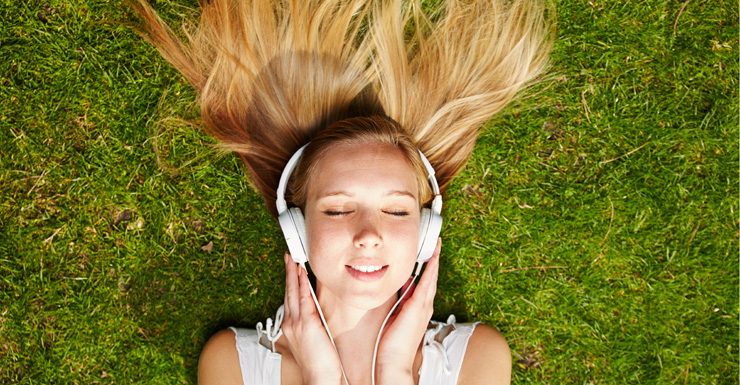 It takes 1,117,021 song plays though Spotify music streaming service for a solo artist to make a US monthly minimum wage of $1260.

The average amount of royalties awarded to a signed artist from Spotify was just $0.001128 per song play – after the label took its share, according to InformationIsBeautiful.net.

On Google Play, an artist would need 172,206 plays to meet minimum wage. They would need to sell just 457 retail album CDs to make the same amount of money.

Global music artists have protested loudly about their share of the pie when it comes to how much they earned online through album sales and streaming.

On Monday, pop princess Taylor Swift took the fight up to Apple, slamming the tech giant in an open letter outlining her refusal to hand over her latest album due to a payment dispute.

Swift said she won’t allow her album 1989 to be included in Apple’s new music-streaming service due to Apple’s decision not to pay artists during the three-month trial period that customers would get for the new service named Apple Music.

Later in the day, it appeared Swift had come out on top.

“We hear you @taylorswift13 and indie artists. Love, Apple.”

The dispute with Apple isn’t Swift’s only clash with a streaming service. In 2014, she pulled her entire catalogue from Spotify after a quarrel over 1989.

“I find it to be shocking, disappointing, and completely unlike this historically progressive and generous company.”

Swift was also not the first artist to withdraw music from Spotify.

In 2013, Radiohead’s Thom Yorke called for a boycott of the service over unfair payment practices, removing all his solo projects from the site and describing it as “the last desperate fart of a dying corpse”, The Guardian reported.

The Beatles, AC/DC and The Black Keys are also not available to stream on Spotify.

In 2014, revenue from streaming music services reached a staggering $860 million in the US alone, overtaking CD sales.

Streamer, nothing but a streamer

Music industry analyst Mark Mulligan said it wasn’t uncommon for streaming services to forgo royalty payments during a trial period, but those were usually startups struggling to get off the ground, not the most valuable company in the world.

“This is less a case of the business practice being questioned, it’s whether Apple itself, ideologically, should have that type of business benefit applied to it in the way some of the other services do,” Mr Mulligan told The Wall Street Journal.

Swift – whose recent album was by far the top-selling US album last year and remains high on the charts – insisted she was speaking for all artists and not just herself in her Apple Music boycott.

“These are not the complaints of a spoiled, petulant child. These are the echoed sentiments of every artist, writer and producer in my social circles who are afraid to speak up publicly because we admire and respect Apple so much,” Swift wrote in her blog.

Swift said her move was in part “about the young songwriter who just got his or her first cut and thought that the royalties from that would get them out of debt”.

Apple holds a massive influence over the music industry through iTunes, the premier place to buy songs or albums digitally.

The company is hoping to become a powerful force in streaming as it watches consumers flock to unlimited, on-demand online music.

Apple Music will launch on June 30, giving users access to a vast library of both Apple and Beats content, which can be streamed via any compatible device with an internet connection.

Users can opt to purchase music outright or stream audio from either catalogue for a monthly fee.

While an Australian price is yet to be announced, Apple Music will cost $US10 per month.

The artists you love are the big losers in music streaming