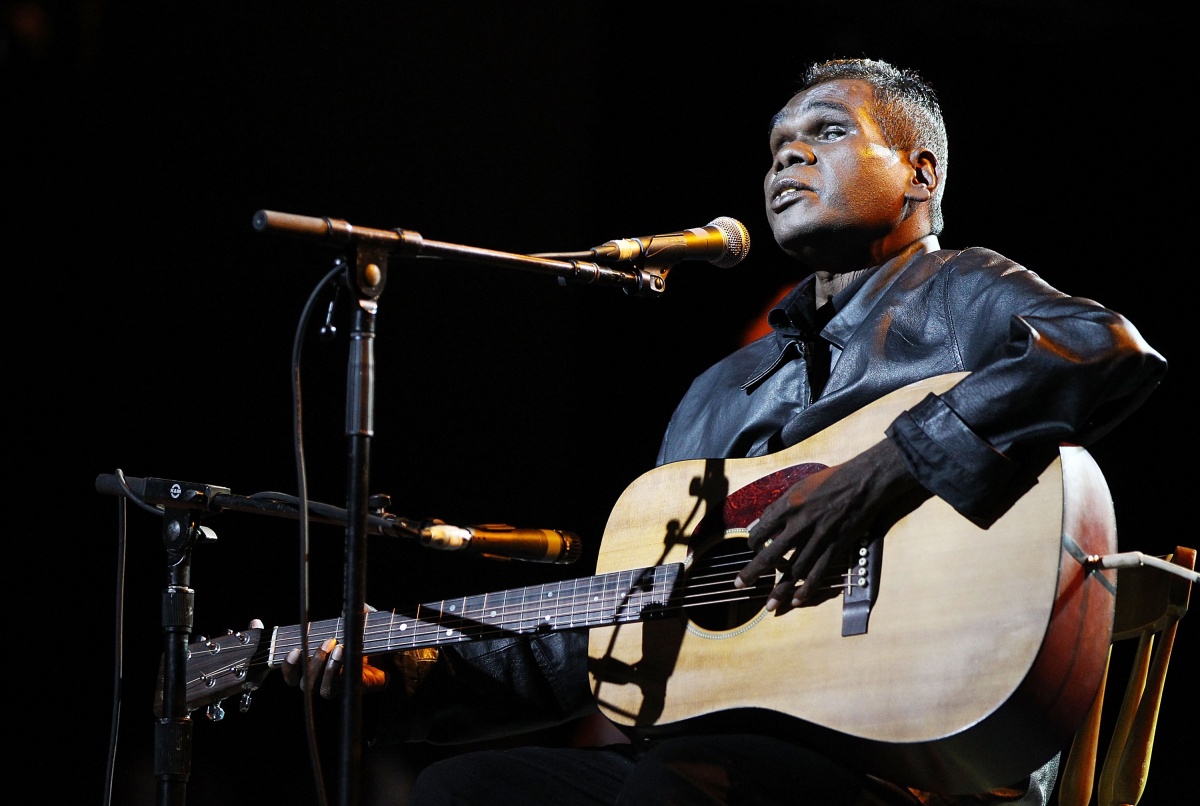 Gurrumul's haunting voice has lifted his last album to the top of the ARIA charts. Photo: Getty

But things just got a little bigger for Gurrumul thanks to legendary producer Quincy Jones, who helped shape Michael Jackson’s seminal 1982 album Thriller, saying he had his “mind blown when he was first privileged to hear this incredible human being’s voice”.

• Tonight Again: Guy’s 48 hour Eurovision song
• Five people we’d rather represent us at Eurovision
• What happens when an IKEA painting is displayed in an art museum?

The super producer isn’t Gurrumul’s first influential fan – Sting, Elton John and Björk have all praised the magical nature of the singer’s sound which is displayed hauntingly yet beautifully in his performance of song Wiyathul.

Gurrumul is widely regarded as a rare talent but is also an interesting character – he is notoriously shy despite a plethora of impressive achievements.

He has his own foundation aimed at helping Aboriginal youth uphold the traditional values of ancient Indigenous custom in Australia’s remote communities.

“The Foundation is for providing the opportunities to the many other Yolngu with dreams,” Gurrumul detailed to music publication Mic.

He also distributes a lot of the wealth earned through his singing amongst his tribal elders and sings in his native and rare Aboriginal language Gumatj.

Gurrumul was born blind on Elcho Island in Arnhem Land and has never learned English, used a guide dog or a stick to aid his impaired vision.

Gurrumul is assisted by his collaborator, friend and translator Michael Hohnen, who describes their partnership as “a healthy but unusual relationship” and it’s with him Gurrumul is about to go truly global, embarking on a tour of the United States spawned by Quincy Jones’ discovery.

If you still doubt his musical pedigree you should know he also used to play keyboards in the band Yothu Yindi, perhaps Australia’s most famous Indigenous artists.

Such is the interest and charm of Gurrumul’s story, a book was written to attempt to understand and detail his life and music better.

It reveals how as a young boy in his remote community caused those living with him to note his gift and his mission in life was to be a sing.

Word quickly spread from that community though – he wowed a huge mainstream Australian audience in 2013 by playing hit show The Voice, with Delta Goodrem and the Sydney Symphony Orchestra supporting him.

Gurrumul’s upcoming tour has been titled, “A Story 40,000 years in the making” and will kick off on April 29 in New York City no less.

Appropriately, Gurrumul has gone home to prepare for the huge run of US shows, choosing to hone his skills up north, in his home in remote Arnhem Land’s Elcho island.