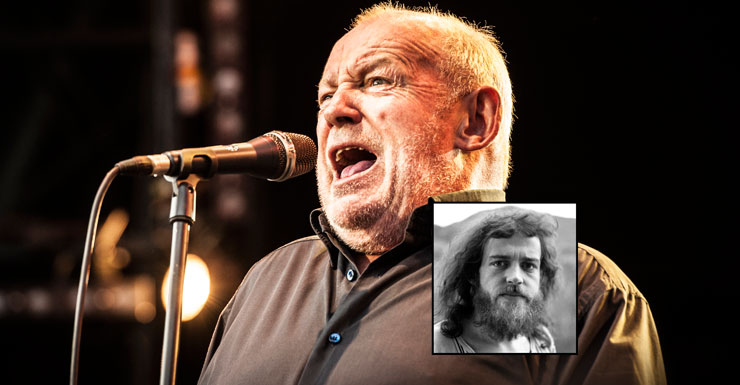 Legendary British singer Joe Cocker has died aged 70 at his Colorado ranch after a battle with lung cancer, prompting heartfelt tributes from some of the music industry’s biggest names.

Revered for his iconic gravelly voice, a plethora of unforgettable cover versions and massively popular soundtrack recordings, and an indomitable live presence in a career spanning more than 40 years, Sheffield native Cocker was named among the 100 greatest singers of all time by influential magazines Rolling Stone and Mojo.

He received an OBE at Buckingham Palace in 2008, while a posthumous induction to the Rock and Roll Hall of Fame appears a mere formality.

Here are our top 10 reasons to remember ‘The Sheffield Soul Shouter’, the late, great Joe Cocker.

Originally recorded by Ray Charles, the Bobby Sharp-written Unchain My Heart received a huge revival when it became the title track for Cocker’s 1987 album.

Cocker’s version charted around the world, while a 1992 re-release reached #17 in the UK. It was infamously used in the Howard government’s TV ad campaign to introduce GST Tax in 2000, much to Cocker’s chagrin.

Cocker’s live reputation was enhanced by his unique style at the microphone, his jerky movements and pained expressions complementing his passionate soul singing.

Legendary comedian John Belushi – boasting an equally dishevelled appearance – counted an uncanny Cocker impression in his repertoire, and the pair famously performed Feelin’ Alright together on Saturday Night Live in 1976.

Cocker’s reputation as a hard-living, hard-rocking icon of the counterculture movement received a major boost during a tumultuous visit to Australia in 1972.

Arrested in Adelaide for marijuana possession, Cocker and members of his entourage were charged with assault the following day after a scuffle at Melbourne’s Chateau Commodore Hotel and given 48 hours to depart the country by the AFP.

The sanctions against Cocker caused a furore among his army of Australian fans, but the ‘Mad Dog’ embarked on several memorable subsequent sojourns Down Under after Gough Whitlam’s Labor government swept to power.

The most famous cover of Randy Newman’s 1973 track was recorded by Cocker for 1986 raunch-fest 9½ Weeks, with the video featuring snippets of the famous Kim Basinger striptease scene.

The song reached #35 in the US and has become something of a striptease anthem in the three decades since.

Cocker’s breakthrough hit, a cover of The Beatles’ With a Little Help From My Friends, charmed Paul McCartney and George Harrison so much that they gave their compatriot permission to use another pair of their songs for his sophomore album.

Joe Cocker! Included reworked versions of She Came In Through the Bathroom Window and this affecting rendition of the classic Harrison-penned ballad, Something.

Appearing in Across the Universe – 2007

A 65-year-old Cocker made a memorable singing cameo in the musical romantic drama Across the Universe, which was based around songs by The Beatles.

Appearing as ‘Pimp’, ‘Mad Hippie’ and ‘Bum’ while performing Come Together, Cocker was the biggest music name in a cast including the likes of Evan Rachel Wood, Salma Hayek and Eddie Izzard.

One of the all-time great tearjerkers, the Billy Preston-Dennis Wilson song received the soul-soaked treatment from Cocker in 1975.

It gave Cocker his biggest US hit to that time, reaching #5 stateside.

It was memorably used in an early episode of The Simpsons, ‘Simpson and Delilah’, where Homer’s assistant Karl has a singing telegram sent to Marge on their wedding anniversary, performing You Are So Beautiful in poignant, Cocker-esque fashion.

Cocker received a Grammy, a Golden Globe and an Academy Award for his duet with Jennifer Warnes, which was the signature song in An Officer and a Gentleman, starring Richard Gere and Debra Winger.

Ironically, the movie’s producer, Don Simpson, unsuccessfully tried to have the song – which went on to earn Cocker his first US #1 – scrapped from the film, while Gere initially felt the song was too sentimental. It became one of the most successful soundtrack songs in motion picture history.

The Lennon-McCartney gem from Sgt. Pepper’s was reworked into a soul classic by Cocker, announcing the 24-year-old Yorkshireman as a rising vocal force.

The lead hit from his debut LP of the same name, With a Little Help From My Friends surged to #1 in the UK and remains Cocker’s only chart-topping single in his homeland.

A late addition to the Woodstock line-up, Joe Cocker and The Grease Band produced one of the legendary music festival’s truly outstanding performances.

Cocker was still gaining a foothold in the US on the back of the success of With a Little Help From My Friends via an extensive tour, but he burst into the American consciousness courtesy of a searing 90-minute set to kick off the festival’s third and final day.