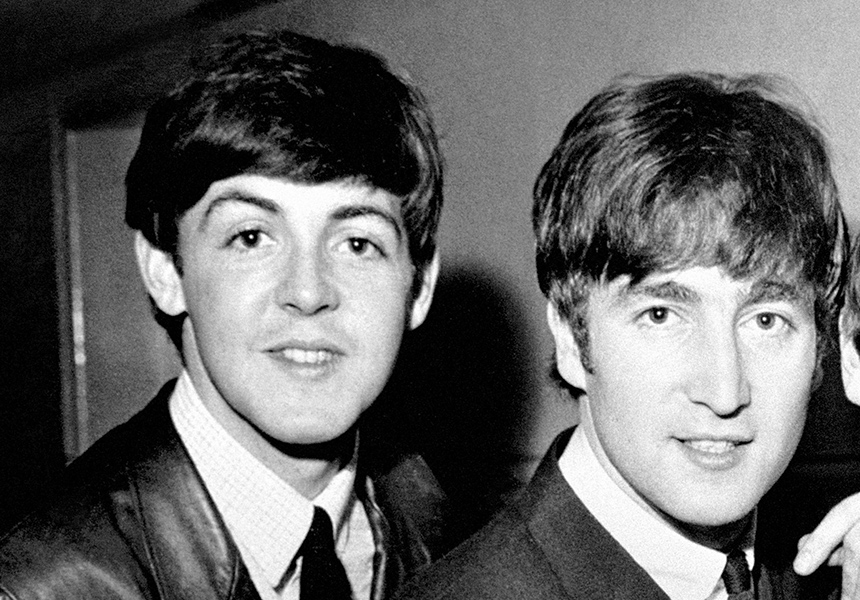 A few years ago, the AV Club asked celebrities to answer one of the big questions: Is there a God? Obviously, the answers were both varied and outrageous and formed the basis of some new articles on the topic.

Well, they’re at it again – this time asking what is a similarly religious question: Lennon or McCartney?

The guys from Scare Goose Productions have just released the documentary “Lennon or McCartrney”, which has been collected over the course of a decade and includes responses from more than 550 participants.

It’s definitely worth a watch, running for 34 minutes.

In case you are wondering, here’s some of the comments posted on the youtube channel:

Chris Murphy: Both. They needed each other. McCartney needed Lennon’s ability as an editor/ideas guy and Lennon needed McCartney’s ability as an arranger. Some of the best Beatles songs – Ticket to Ride, Tomorrow Never Knows, Come Together – were very much Lennon ideas that were arranged and fully realized with McCartney’s help. You can hear it in the solo stuff – Walls and Bridges needs McCartney’s help as an arranger and Back to the Egg needs Lennon to add some meaning/gravitas to the songs……..also by Abbey Road in 1969, Harrison was the best guitarist hands down……

Edward Owen: McCartney. Even if you rank the two of them closely on the creative scale, much of the Beatles catalog would never have been finalised without his drive and determination, particularly toward the end with Abbey Road.  His pushing the others to get in the studio was one of the reasons he has been referred to as a ‘pain in the ass’ in this period, when he was by far the most driven to create.

M. Djervig: In my opinion McCartney was the superior musician, singer, songwriter. His works are pop perfection. But yet, if I have to choose, then I’d have to go with; Lennon – his songs have always resonated more with me. But they were both masters when it came to reinventing the art.

Rob MacDonald: Lennon or McCartney? Years ago I would have said an unequivocal “Lennon” but the past few years the answer is “McCartney”. Also lots of Atlantic Canada musicians in this survey.

Here’s how some celebrities answered the question:

Pete Townshend from The Who: “McCartney”.

Sylvester Stallone: “Lennon for sure”.

Below is how the question is being answered on Twitter:

The correct answer, of course, is Harrison MT @TheAVClub: Lennon or McCartney? Hundreds of celebrities give answer http://t.co/Qx8h7rcfD2