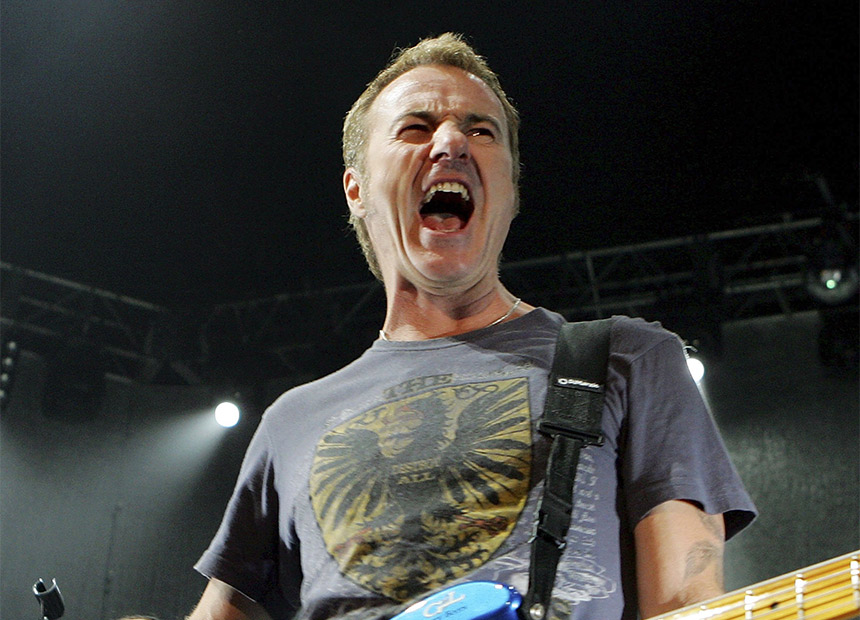 Two days after his daughter attacked him in a national publication, former INXS bass guitarist Garry Beers has publicly questioned her version of events and said that he was “deeply hurt and saddened” by her allegations.

Lucy-Mae Beers, 22, wrote an article in The Australian on Monday saying she had no relationship with her father and that the lives of her and her sister had been damaged by Beers’ ‘indiscretions’.

Beers hit back in a statement that claimed his daughter’s “hurtful allegations” were overwhelmingly false.

“Lucy makes a series of hurtful allegations against me, each of which is untrue. She claims that I slept with a backup singer while my pregnant wife was at home with a brand new Harley Davidson she had bought for me. This is untrue,” Beers’ statement read.

“She claims that I am married to ‘the woman who used to wait for him outside of gigs while his family were inside’. This is also untrue. I did not meet my current wife, Jourdan, until five years after my first wife and I were divorced. Jourdan has never stood outside a gig while my family were inside. I didn’t even know Jourdan at the time this supposedly took place. The last show that my ex-wife and the girls attended was the Stadium Australia concert in 2000 with Terrance Trent Darby.

“I am not perfect and I am the first to admit it. Yes, I had an affair during the 1997 tour. This was the only affair I ever had, and I told my then wife straight away.”

Beers says allegations that he was a “neglectful” father were also untrue.

“Lucy claims that I have been a neglectful father, and that I have been in contact with her ‘less than a dozen’ times a year. This is also untrue. I have always tried to maintain a relationship with Lucy and Matilda,” Beers said.

“Lucy also claims that ‘he told us he was packing up and moving to the United States to marry one of his conquests on the day we were moving house’. This is untrue.”

He said he did not thrive “off a diet of sex, drugs and rock’n’roll” and did not have “Peter Pan syndrome”.

Part of his daughter’s article focused on the Network Seven INXS miniseries, INXS: Never Tear Us Apart, which aired in early 2014.

Ms Beers wrote that the series “seemed to conveniently leave out the fact that Garry has five children in three countries and is now married to the woman who used to wait for him outside of gigs while his family were inside”.

Beers included extracts from emails between himself and his daughter in his statement.

This is an extract from the email Lucy-Mae allegedly wrote to her dad:

“We have been keeping updated with the news on the INXS mini-series and have heard that Hugh Sheridan is playing you! He is on a great Aussie TV drama called ‘Packed to the Rafters’ and is a sensational actor (he’s huge here) and we love him! So that’s amazing.”

My email to her when the mini-series aired was:

Hey Lucy, did you watch the Miniseries..??

Beers finished his statement to international media defending his wife.

“To have such cruel, blatant lies written about Jourdan and published around the world is devastating to us both. It is especially cruel for her as she lost her father suddenly a month ago,” he said.