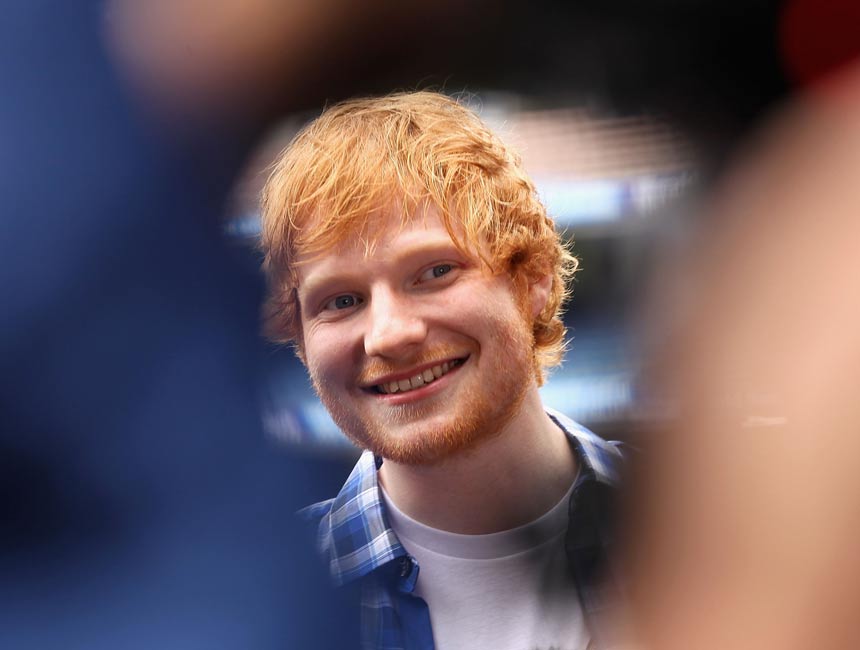 British singer-songwriter Ed Sheeran is the world’s favourite artist on Spotify, topping the list of most-streamed artists in 2014.

The Sweden-based streaming service announced its top streaming artists, albums and songs of 2014 on Wednesday.

• Taylor Swift’s 1989: how she stuck it to the critics
• Australia’s new music power brokers

Pharrell’s ubiquitous Happy was the most streamed song of the year globally.

Sheeran racked up more than 860 million listens on Spotify.

His latest album, x, is the most steamed album worldwide with 430 million listens.

Katy Perry and Coldplay were the most streamed female and group around the world, respectively.

In the United States, Iggy Azalea‘s Fancy was the most streamed song of the year.

Her album, The New Classic, was the second most streamed album in America behind x.

Spotify said more than seven billion hours of music was streamed this year by more than 50 million users.

This year, Spotify experienced a shake-up when Taylor Swift decided to remove all of her music from the streaming service in late October, and a number of other artists followed suit.

Behind Sheeran on the global list are Eminem, Calvin Harris, Avicii and David Guetta.

Hozier’s Take Me to Church, currently No.3 on the Billboard Hot 100 chart, was the most viral track globally and in the US.