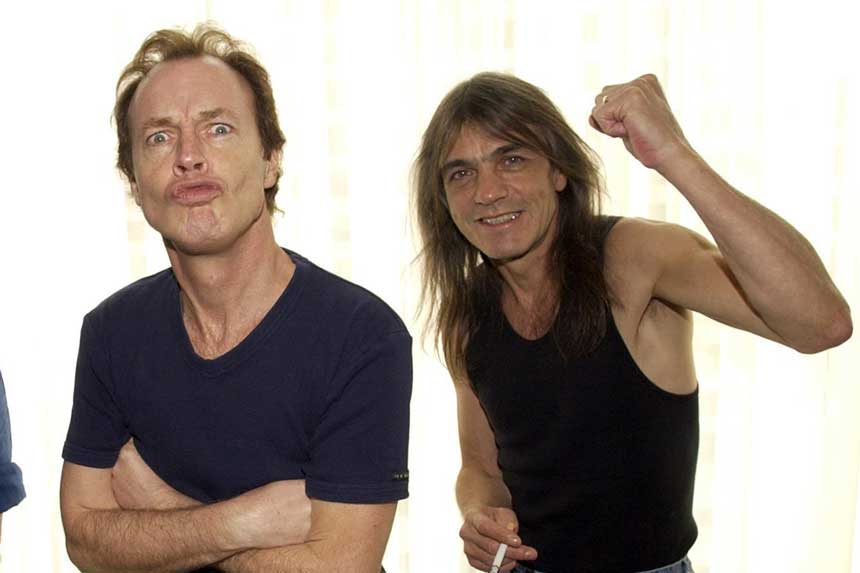 AC/DC star Angus Young has conceded his brother Malcolm struggled with dementia on the band’s last tour and there were some nights on stage when the veteran rocker did not know where he was.

Rhythm guitarist Malcolm Young stepped down from the group in September so he can receive full-time care and has been replaced in the line-up by his nephew, Stevie Young.

Angus has now revealed his sibling began showing symptoms several years ago, and they were all very worried about him during their Black Ice World Tour, which ran from 2008 until 2010.

“It was hard work for him. He was relearning a lot of those songs that he knew backwards; the ones we were playing that night he’d be relearning,” he told The Guardian.

“He was his own driver. He himself had that thing, where you’ve just got to keep going … Sometimes you would look and he’d be there, and you’d be, ‘Malcolm!’ And you’d have a really great day and he’d be Malcolm again. And other times, his mind was going.

“But he still held it together. He’d still get on the stage. Some nights he played and you’d think: ‘Does he know where he is?’ But he got through.”

“God knows what went through his mind in some nights when he wasn’t that well,” he said.

“Can you imagine knowing you’re not sure about (what’s happening)? You know where you are, put it that way, but your mind’s playing tricks. He was brilliant. He did brilliant.”

The singer adds that the other bandmembers wanted to step in and help, but they were worried about denting Malcolm’s pride.

“It was tough. But you couldn’t say anything or do anything, because it would have been like giving pity. You had to treat it like a normal day. So we did.”

Angus said he noticed unusual behavioural changes in Malcolm before the guitarist was diagnosed with Dementia.

“And it was kind of strange for the first time to see him disorganised, being confused about a lot of things. That’s when it kind of hit me – there’s something not right with him.”

AC/DC singer Brian Johnson said Malcolm was aware of what was happening and told the band to go on. “He said, keep making music. Without any of that sympathy stuff, you know? ? So we did, and it was great,” Johnson said.