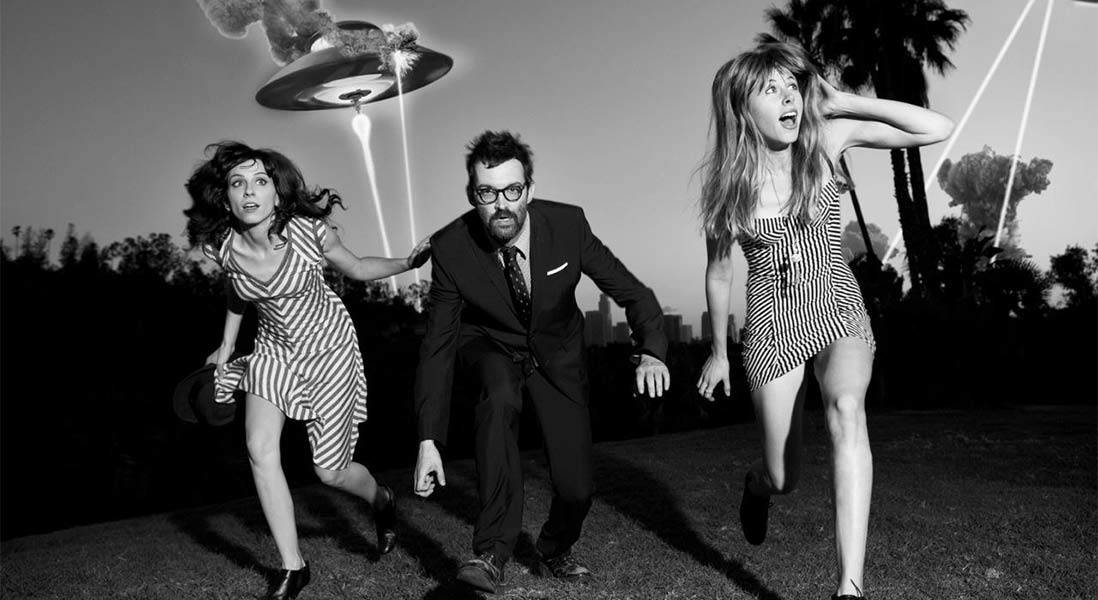 Yes, this is everything you need and more across eight (!) CDs and a DVD. If it’s too much to digest/shell out for, we suggest the economy-sized double CD Hits Back. It provides a finer focus on a band that brought politics, a conscience, and a wide-angle view of music (reggae, dub, rockabilly etc) into punk, and made it a durable idiom.

Nine albums in and Rennie and Brett Sparks can still beguile and seduce with their strange lyrical take on Americana, old gospel, country harmonies, and – in this instance – weird stories about science and the natural world. It’s an odd combination but just as oddly, it works.

Various – She’s So Fine: The Rise of the Girl Groups

Is there any single album by a girl group from the late ’50s/early ’60s which stands as a classic? Not at all, because they were singles artists. So this excellent double disc – which admittedly has omissions – is just pure pop fun where girls get weepy over boys, or just don’t gave a damn about them. Great voices, catchy songs with stories and emotions, and each one all over in less than three minutes. Pop never sounded so refined.

In an effort to reconnect with the Memphis spirit he’d brought to great songs like In the Ghetto, he left Graceland and crossed town to the great Stax studios in 1973. Floundering after divorce from Priscilla, this was his last important studio period. On this three-CD set of outtakes and demos, Presley sings his way through the pain to find redemption through soul, rock and country.

Punk 45: Kill the Hippies! Kill Yourself!

Conventional rock’n’roll history paints punk in rather clichéd terms. Thanks to Malcolm McLaren’s Sex Pistols-related media-jamming antics, post -’77 generations have often seen it via a media prism depicting obnoxious antics and spiky hair. But McClaren – like he did with most ideas – stole the spark from the undercurrent he’d experienced in the US, while managing the New York Dolls in the mid-1970s. The US punk scene – typified by artists The Ramones, Television, The Voidoids et al – was far more vibrant, unpredictable, and provocative. This superbly annotated and researched compilation from Soul Jazz peers under the covers: Sire Records signed the epochal NY punk acts in one fell swoop, but there remain gems aplenty – known and undiscovered – to thrill us here. Buy, listen, learn, love.

The Naked and Famous – In Rolling Waves

They didn’t exactly go ‘folk’, but the Kiwi five-piece’s decision to write an album holed up in LA’s famous singer-songwriter enclave of Laurel Canyon brought out their softer side. It’s worked wonders for these world conquering Aucklanders. The euphoric rush that fuelled Passive Me, Aggressive You can still be found on numbers such as Hearts Like Ours (a close cousin to Young Blood) and I Kill Giants, one of two tracks co-produced with Justin Meldal-Johnsen (Beck, NIN). However, acoustic guitars are to the fore on the two songs that bookend the album.

Mark Everett might have written about deaths in the family before, but he’s always brought something special by way of music. Here he marries various previous styles (Neil Young-like rock, a folk-funk version of the Beach Boys, acoustic ballads) on an album that should convince doubters.

Famed for songs These Boots are Made for Walkin’ and Some Velvet Morning, Lee Hazlewood owned his corner of the music world; he was a performer, producer, songwriter and record company owner. This compilation, from well-regarded reissues label Light in the Attic, contains a few of Hazlewood’s own performances – you know that baritone voice anywhere – but the majority of cuts come from artists within his Lee Hazlewood Industries stable. Highlights include The Kitchen Cinq’s fun and fuzzy psychedelic shaker Need All the Help I Can Get, an early cosmic cowgirl cut by Honey Ltd called Silk’n’Honey, and Lynn Castle’s perfect piece of ’60s reflection, My Rose Coloured Corner.