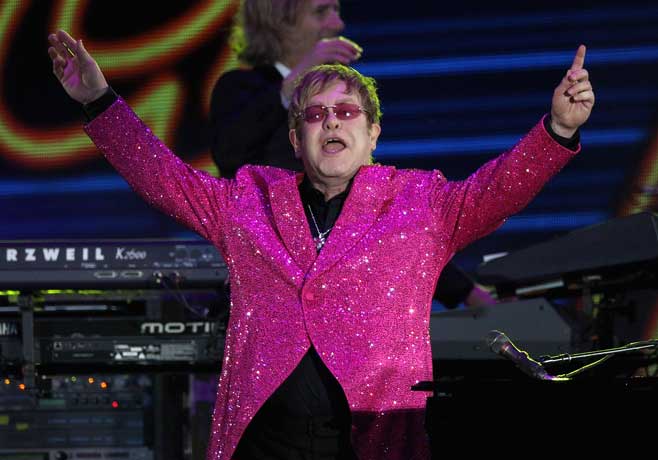 The Diving Board
Elton John
Universal STACK Magazine says: “Tastefully produced by T-Bone Burnett and co-written with Bernie Taupin, this collection of 12 new songs and three piano interludes returns Elton John to the piano/bass/drums arrangements of his earlier releases. One of the most piano-oriented albums of his career – with gospel, soul and country influences – is highlighted by Oceans Away, a melancholic ballad about dead soldiers; My Quicksand, a cabaret tale of sliding into decadence; and the boogie-woogie Mexican Vacation (Kids In the Candlelight). The title track, about the distance between teenage dreams and adult success, and ballad Home Again sum up the album.”

The Guardian says:  “John’s voice has a lived-in, gruff depth these days, and the stripped-back piano accompaniment on the early tracks might almost recall early Tom Waits; he sounds a bit like Neil Diamond on Can’t Stay Alone Tonight. Throughout, he remains the master of bluesy honky-tonking and surprising modulations that he always has been.”

The Huffington Post says: “The Diving Board is a medley of great throwbacks to what made us fall in love with Elton John in the first place. The composition is so deliberate, every lyric and note having a reason for being there. T-Bone Burnett’s production of this album was a challenge Elton John met and exceeded expectations with.”

The Sydney Morning Herald says: “The Diving Board is not one for the kids. But that’s OK, they get plenty and we don’t get enough like this.”