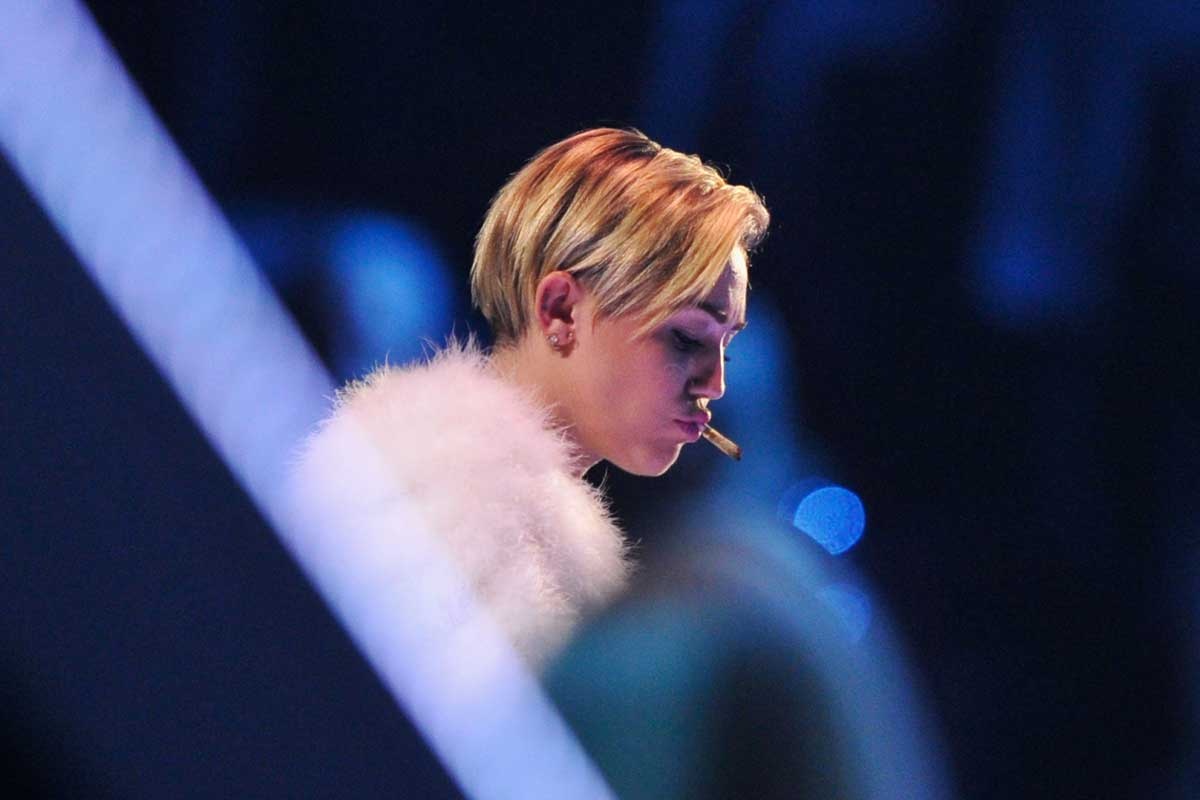 Miley Cyrus has continued her right of passage into supposed adulthood by smoking a marijuana joint onstage at the MTV European Music Awards.

The singer lit the joint when accepting an award for Best Video for her smash hit song Wrecking Ball.

Cyrus had earlier opened the awards with her hit song We Can’t Stop – while wearing a space-themed silver spandex suit and twerking with a female dwarf.

To the delight of the crowd in Amsterdam’s Ziggo Dome, Cyrus finished the number by sticking out her tongue – the same expression she flashed repeatedly during her eyebrow-raising appearance at MTV’s Video Music Awards in New York in August.

The European awards traditionally focus on global, rather than US pop music acts, though the overlap is huge: Justin Timberlake and Macklemore & Ryan Lewis are nominated in five categories each.

In Cyrus’s opening act, she twerked – gyrating and shaking her buttocks – in the general direction of her smaller dance partner. The partner, dressed in a similar outfit in black, then returned the favour.

The number concluded with Cyrus among a mob of dancing women dressed up as fanciful extraterrestrials.

Later in the show, the 20-year-old Cyrus also performed her current top hit Wrecking Ball against the backdrop of a giant video screen of herself crying.

Other winners included Katy Perry for Best Female Artist and Bruno Mars for Best Song for Locked Out of Heaven.