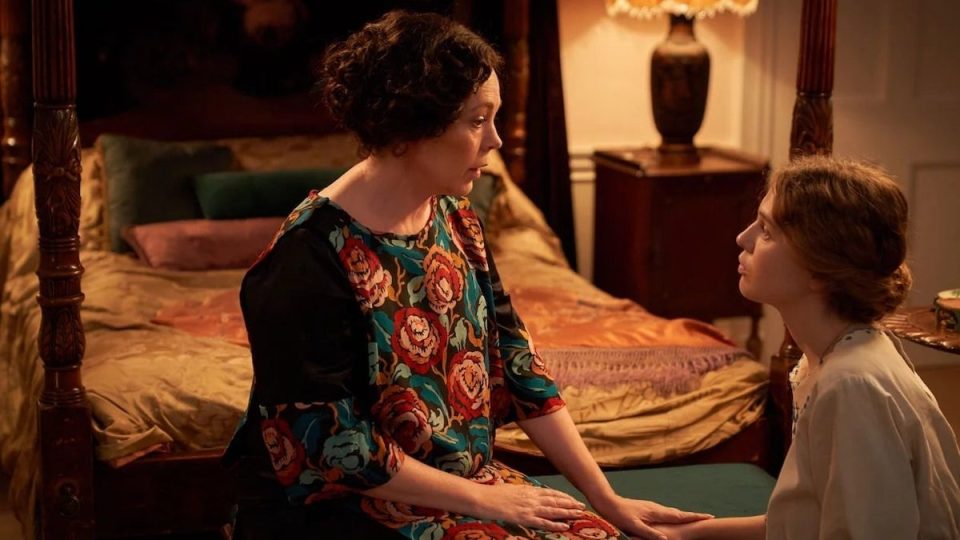 This is one for cinema goers looking for something thoughtful and rewarding on a quieter, more literary level. Photo: Lionsgate

Watching Odessa Young wander naked on screen through the stately home of her lover, idly touching things she could never afford to buy, is remarkable for many reasons, one of which is the suspicion that Young is becoming a serious international talent.

She is comfortable in her body – she wore her nudity like a costume, she said – and brings to this 1920s drama a glamorous intensity that not many actors could pull off.

In the film, based on a novel by Graham Swift, Young plays a maid, Jane Fairchild, who has for some years been having a secret affair with the squire of a neighbouring estate, Paul Sheringham (Josh O’Connor in a perfect piece of casting). Her employers (Olivia Colman and Colin Firth) are oblivious to this and are carrying on with their lives while consumed with the loss of their sons in the recent Great War.

The setting is somewhere in the British counties after World War I, and Paul is about to marry Emma, although the liaison is a bit half-hearted on both sides. Emma’s true love was Paul’s brother, but he also died in battle and so they are left with each other, ready to make an entirely suitable marriage that neither particularly wants.

On Mothering Sunday, Jane has a day off and rides her bike to the neighbours to farewell her lover before he joins his fiancé. After their tryst, she makes her way through the empty house, soaking in the way her lover lives, then quietly leaves.

It is a slow burn and there is something necessarily old-fashioned about the well-off families in their cold, empty houses quietly mourning terrible loss. They might be ripped to shreds inside but they are forever civilised.

Paul is doomed to marry and become a lawyer, but Jane’s saving grace is that she secretly writes. Asked later in life when she became a writer, she says there were three occasions: The day she was born, the day someone gave her a typewriter… there she stops. And the third, he asks? It’s a secret.

The repressed emotions and pall of tragedy mutes everything and won’t suit an audience raised on blockbusters. This is one for cinema goers looking for something thoughtful and rewarding on a quieter, more literary level.