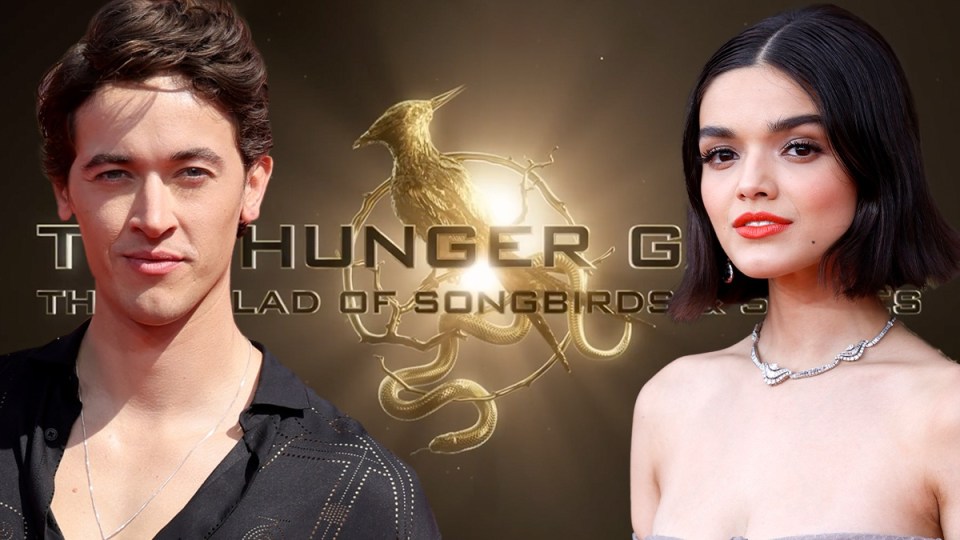 Lionsgate has unleashed the first teaser for The Ballad of Songbirds and Snakes, the highly-anticipated prequel to The Hunger Games.

Though first unveiled at CinemaCon in April, the film studio officially released the teaser to the public on Monday (Australian time), during the 2022 MTV Movie & TV Awards.

No snippets from the film were revealed, but the chilling trailer shows a gold snake slithering towards a gold bird on a tree, both breaking free from shards of ice.

“You’re invited to return to the Games,” the text in the trailer reads. “In 2023, the world will discover who is a songbird and who is a snake.”

The prequel stars Tom Blyth (Billy the Kid) as a young Coriolanus Snow, before he became president of Panem. Donald Sutherland played the character in the Hunger Games movies.

Return to the Hunger Games

If you need a little refresher, children in the Hunger Games fight to the death in front of an audience.

One boy and one girl from all 12 districts are selected to fight in the yearly games as punishment for a failed rebellion against the Capitol, where the nation’s most wealthy and powerful citizens live under the ruling government of Panem.

The prequel, written by acclaimed author Suzanne Collins, was published in May of 2020. Its film adaptation was announced before the book was even published.

Before he became the tyrannical president…

The Ballad of Songbirds and Snakes takes place 64 years before the events of The Hunger Games series.

The official synopsis reads, “Years before he would become the tyrannical President of Panem, 18-year-old Coriolanus Snow is the last hope for his fading lineage, a once-proud family that has fallen from grace in a post-war Capitol.

“With the 10th annual Hunger Games fast approaching, the young Snow is alarmed when he is assigned to mentor Lucy Gray Baird, the girl tribute from impoverished District 12. But, after Lucy Gray commands all of Panem’s attention by defiantly singing during the reaping ceremony, Snow thinks he might be able to turn the odds in their favour.”

Working together, using their instincts for showmanship and newfound political savvy, Snow and Lucy Gray’s fight for survival will ultimately reveal their fates.

The first film was directed by Gary Ross.

The Hunger Games: The Ballad of Songbirds and Snakes is slated for release on November 17, 2023.

May the odds be ever in your favour.