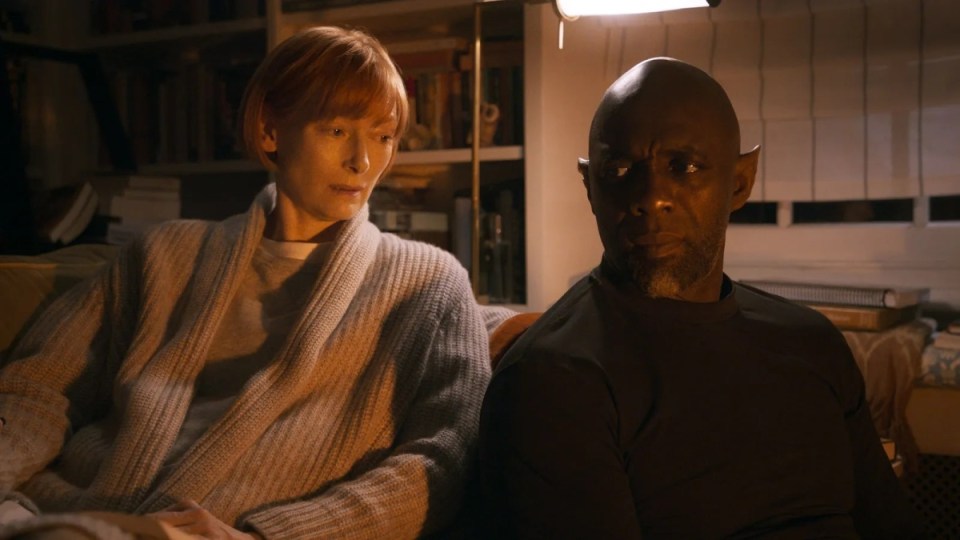 The film stars Tilda Swinton as a solitary scholar and Idris Elba as the genie she finds in a bottle in the markets of Istanbul.  Photo: Roadshow Films

Movie trailers these days tend to give away the entire storyline in two and a half minutes.

But the same can’t be said for the Three Thousand Years of Longing trailer, the utterly fascinating new film by Australian filmmaker George Miller.

The last time Miller had us running, not walking, to the cinemas was for Mad Max: Fury Road in 2015.

So what of Miller’s new film, which he intriguingly described as “anti-Mad Max”?

Did it thrill viewers at its Cannes Film Festival premiere?

Three Thousand Years of Longing earned its director, cast and crew a six-minute standing ovation after its world premiere at Cannes on Friday.

Those of us not in attendance at the renowned festival, however, will have to settle for the next best thing: The trailer.

And what a teaser it is.

Based on the 1994 short story The Djinn in the Nightingale Eye by English novelist AS Byatt, Three Thousand Years of Longing stars Tilda Swinton (Snowpiercer) as an academic named Dr Alithea Binnie and Idris Elba (Luther) as the genie she finds in a bottle in the markets of Istanbul.

Over the course of a long conversation in a hotel room, Elba’s djinn strikes a deal with Dr Binnie, offering her three wishes in return for his freedom.

Dr Binnie, a scholar of narrative, knows wishes can be tricky. But she eventually agrees to the deal, surprising them both with her wishes.

Snippets of the djinn’s long history, the stories of who found him before, are revealed in the trailer.

These ancient stories are full of bizarre characters, rich colours and mysterious creatures. The scenes are loud in more ways than one, the trailer’s pulsing music only heightening the wildness of the djinn’s past.

And to think this movie was filmed in Sydney (with lots and lots of special effects).

In contrast, Dr Binnie is a “solitary creature” who is understandably shocked when the djinn bursts out of her antique bottle, so large it expands to the size of her hotel room.

“What will you wish for?” he asks. “What is your heart’s desire?”

Although Dr Binnie doesn’t explicitly answer the question in the trailer, we do see her watching an affectionate couple with a smile on her face.

After all, this is a fantasy romance.

Three Thousand Years of Longing is not Mad Max, it isn’t even Mad Max-ish.

As Miller said in the past, the film is driven by conversation, not the War Rig.

The Wrap likened it to Ang Lee’s Life of Pi (2012), because it “mixes screen spectacles with philosophical reflection”.

Critics seemed generally pleased with the movie (particularly the “epic” visuals), if not a little disappointed in the story. It sounds like it didn’t have quite enough oomph.

The BBC described the “eccentric fantasy” as “marvellously imaginative”, but found it wasn’t “enchanting enough”.

It needed some of “whatever it is that Mad Max uses to fuel his cars”.

Comparisons to the celebrated franchise were inevitable, although other critics said it is the mere mention of Mad Max that gives Miller the right to try something different and to lean hard into a passion project.

As The Guardian wrote: “Miller has earned the right to make whatever he wants, whenever he wants, and to hell with the fans who demand more road warrior movies.

“I think that he made this one just for him. I suspect it’s turned out exactly as he hoped.”

Vanity Fair wrote much of the same in its review of the film, with a headline that read: “George Miller has earned the right to make something as gushy and strange as Three Thousand Years of Longing”.

“It’s a curious film, messy in all its ambition but consistently transfixing, an earnest labor of love – and one about love.”

And what’s not to love about love?

Three Thousand Years of Longing may be a sharp turn away from the Mad Max franchise, but fans won’t have to wait too long until the next instalment.

Their time will come in two years when Mad Max: Furiosa is slated to hit cinemas.

The prequel, based on Charlize Theron’s Imperator Furiosa character from Fury Road, kicked off filming in Hay, in southern New South Wales, just this week.

Miller has tapped Anya Taylor-Joy (Queen’s Gambit), Chris Hemsworth (Thor) and Yahya Abdul-Mateen II (The Matrix Resurrections) to star in the blockbuster, which we’re sure will feature unhinged stunts to rival even that of Fury Road.

Three Thousand Years of Longing premieres in cinemas on September 1